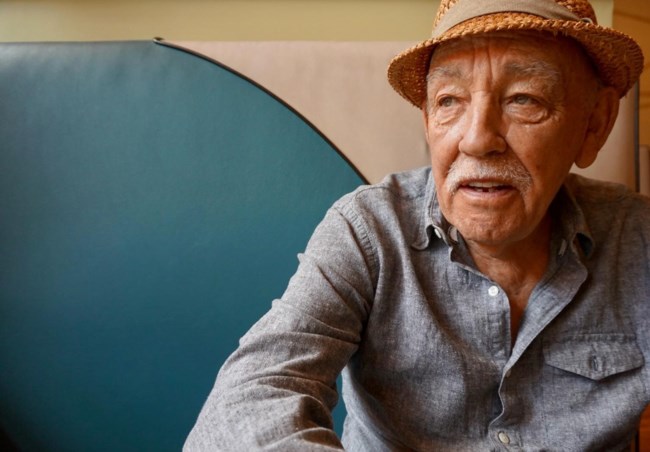 Michael Thomas Johnson, Born on June 9, 1937. Married on August 31, 1964. Passed away May 7, 2022, Died from heart failure. Preceded in death by his wife of 51 years Erie Astrid (Damwyk) Johnson, his brothers Ralph P. Johnson and Herbert B. Johnson and sister, Geraldine Hildreth. Survived by his daughter Michelle Rincon, son-in-law Rowland Rincon, and granddaughters Caterina Zischke-Rincon, Rhiannon Rincon, and Sundara Rincon. Attended the University of Mexico in Mexico City and earned his M.A. degree in Psychology at Florida State University. Served in the U.S. army from 1962 to 1964 where he was stationed in Japan and then in Vietnam, specializing in Communications. Michael was born in Salt Lake City, Utah, but was raised in the San Francisco Bay Area and spent many years of his youth overseas. His father Ralph Jacob Johnson was a pioneer aviator and barnstormer who began his career as an airmail carrier before transitioning into commercial flight as one of United Airline’s first pilots. This took Ralph, his wife Kathryn, Michael, and their younger son Herbert to Rome, Italy where the family lived while Ralph flew passengers back and forth from Italy to America and various places around the world. In this era, being an airline pilot was a prestigious profession and important enough to land Kathryn, Michael, and Herbert a visit with Pope Pius XII. Michael also learned Italian, which helped him as a young adult when he attended the University of Mexico and became fluent in Spanish. After serving in Vietnam, Michael returned to San Francisco where he met his future wife Erie (Erica) from Bogor, Indonesia. Erie was Dutch-Indonesian and had left Indonesia due to political strife between 1962-1963, first migrating to Holland before eventually making her way to the United States. She was a caring and loving person and a true artist. It was fate when they met, and they soon married and had one daughter, Michelle. Around this time, Michael, who originally wanted to be an airline pilot like his father, was turned away when it was discovered he was colorblind. Not sure of his next steps, he then looked to graduate school. He took the GRE and to his surprise tested in the top percentile in the nation. He was given a full scholarship to study Psychology at Florida State University and became a Social Worker, establishing a private practice and leading international workshops with well-known authors and experts in his field. He worked in mental health for many years before retiring at age 50 to focus on other projects that inspired him and that allowed him more personal freedom. San Pedro was Michael and Erie’s beloved town where he spent a good 45 years of his life and where Erie passed away 6 years prior. Michael was an institution of this town and many knew and loved him. He never wanted to leave, but he unfortunately suffered a stroke five years ago and his daughter and family moved him to live with them in Colorado. He enjoyed being with his loved ones, especially getting to know his three granddaughters who loved and adored him. He always wanted to go home to San Pedro, though, as he truly loved his life there and his friends. He will always be remembered for his love of ocean fishing, drinking wine, eating crab dinners, and sharing good conversation with family and friends. He owned a boat at one point and enjoyed making beautiful hand-woven cast nets. He loved birds and had many parrots throughout the years, even raising peach-faced lovebirds in an aviary he built himself. He was charismatic, funny, warm, wise, smart, and very patient. He was a hard worker and creative and could, as the saying goes, make a “silk purse out of a sow’s ear.” He was a devoted husband, father, and grandfather. He loved to travel and was curious about the world. He truly loved life! He will be sorely missed by all that knew him and loved him. A private service will be held at a date to be determined. He will join Erie off the shore of Point Fermin Park in San Pedro to be laid to rest at sea. Fond memories and expressions of sympathy may be shared at www.cristmortuary.com for the Johnson family.
See more See Less

In Memory of Michael Thomas Johnson