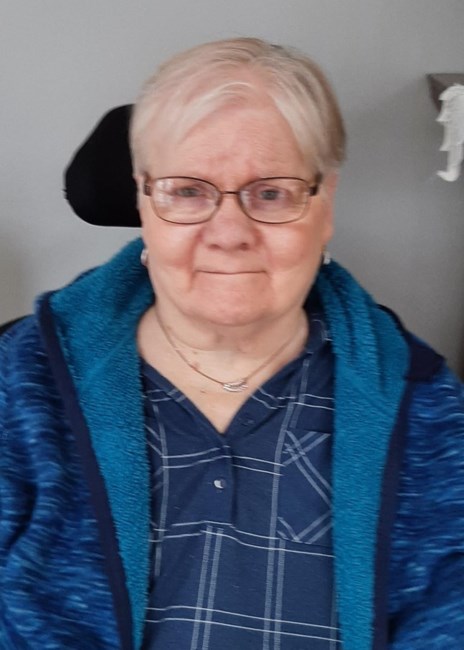 Barbara Lepoidvin passed away at the Village nursing home on November 16, 2021 at the age of 80.

Born in Campbellton, she was the daughter of the late William and Dorothy Mae (Mann) Lepoidvin.

She is survived by her sisters Adele, Betty (Bill) and Frances (Donald), her brothers Murray, Earl (Debbie) and Allan also by several nieces and nephews. Barbara was predeceased by her husband Joseph Godin.

Visitation will be held from Maher’s funeral home, 33 Lansdowne St. in Campbellton on November 20th from 2 until 4 pm. At her own request there will be no service.

Donations to the Canadian Alzheimer's or Canadian Cancer society would be appreciated.

In Memory of Barbara Lepoidvin

No Service as per her wishes