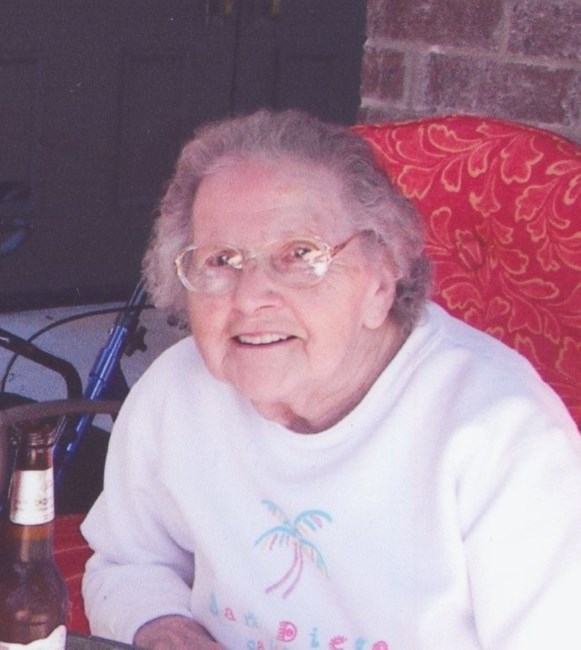 Rita Mary Ockert, age 92, of Kingsley passed away Saturday, February 27, 2016 at Munson Medical Center. She was born September 6, 1923 in Traverse City to Louis and Genevieve (St. John) Duperron. Rita married the late Clarence Joseph Ockert on May 25, 1943 at St. Mary’s of Hannah Catholic Church. Together they raised five children. Rita retired from Munson Medical Center after over 30 years of service. In her spare time she enjoyed gardening. Rita is survived by her children: Eugene, Al Joe, Michael, David, and Eleanore “Ellie” Kiessel; six grandchildren and numerous great grandchildren, nieces, and Nephews; half-brothers: Louie and Neal; half-sisters: Barbara, Betty, Marie, and Martha; brothers-in-law Gerald and Ralph, and sister-in-law Margaret. Besides her parents, Rita was preceded in death by her husband, five brothers: Van, Fred, Joe, Elmer, and Leonard; three sisters: Cecilia, Theresa, and Genevieve. A funeral mass will be held Saturday, March 5, 2016 at 11 a.m. with visitation one hour prior at St. Mary’s of Hannah Catholic Church. Arrangements have been entrusted to Covell Funeral Home of Kingsley.

In Memory of Rita Mary Ockert