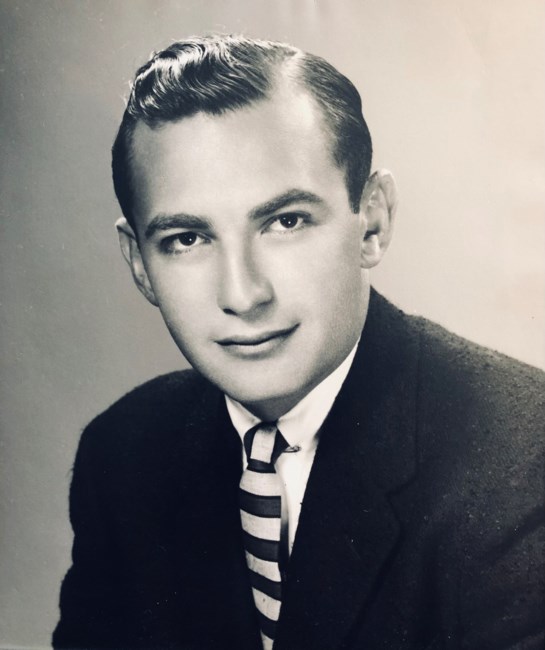 S. Stephen Atkins of Livingston, NJ, known to all who knew and loved him as “Steve”, passed away on Saturday, January 22, 2022, of natural causes. He was 97. An esteemed member of the Greatest Generation, Steve lived a life personified by honesty, integrity, duty and love. He was married to his beloved wife, Alice, for 66 years, until her passing eight years ago. Steve was a man who fought. Enlisting in the US Army on his 18th birthday for service in World War II, he participated in the D-Day invasion, landing on Utah Beach after being rescued from the only troop ship sunk in the invasion. As a Tech Sargeant in the Combat Engineers, his units made their way through France and Germany, eventually helping to liberate the concentration camp at Nordhausen, Germany. For his valor in these battles, he was awarded, sixty years later, the coveted Bronze Star, and seven other medals by U.S. Congressman Bill Pascrell, Jr., a fellow native of Paterson, NJ, who hailed him as a hero, and also presented him with a Congressional Gold Eagle on behalf of the Congress of the United States. Steve was a man who built. He embarked on a lifetime career in real estate development in the 1950’s, starting out building housing developments with loans from the Veteran’s Administration. His development career continued to expand, spreading into retail, office and eventually medical office buildings, with three of his sons joining him in the business along the way. He left his sons with a legacy of carrying themselves with integrity and forthrightness in business and all their affairs. Steve was a man who raced. His passion was racehorses, which he owned and ran for fifty years, participating in the racetrack community and industry that gave him such excitement and joy. He won some of NJ racing’s biggest events, including The Young America race at the Meadowlands. But first and foremost, Steve was a man who loved. From his wife, whom he met a week after his return from World War II and was love at first sight, to his four sons, nine grandchildren and three great-grandchildren, nothing took precedence over the support and love of his family. And that gave him his greatest joy in life. He was pre-deceased by the love of his life, wife Alice, and by his oldest son, Jack. He is survived by his sons, Dick (& wife Joanna), Chick (& wife Ellen) and Bob (& wife Lisa), and daughter-in-law Melanie. Also by his nine grandchildren, Doug (& fiancee Britt), Davy (& wife Emily), Scott (& wife Carly), Drew (& wife Amanda), Dan, Cory, Kim (& partner Ang), Amy (& husband Drew), and Jamie. And also by his three great-grandchildren, Brooke, Lucas, and newborn Alice. Steve will be enormously missed by all who knew him, in family, as friends, in business, and as acquaintances. His impact on so many will be felt forever, by his example and in our hearts.
See more See Less

In Memory of S Stephen Atkins