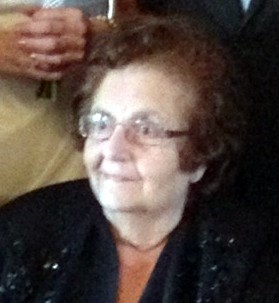 Owner of the Bon Ton Café, Aspasia Valsamis Zambelis, 82, of Memphis, and daughter of the late Sotirios and Efthalia Valsamis, passed away on September 3, 2013. The family will receive friends on Thursday, September 5, from 5-8 p.m. at Family Funeral Care, 4925 Summer Ave. The Funeral will be held 11 a.m. Friday, September 6, at St. George Greek Orthodox Church, located at 6984 Highway 70 in Bartlett, with burial following at Memorial Park Cemetery. Mrs. Zambelis was preceded in death by her husband, Mike Zambelis, Sr. and her son, Sam Zambelis. She is survived by her son, Michael Zambelis (Kathy); two grandsons, John Michael and Christopher Zambelis; and a sister, Mary Valsamis Kapos, all of Memphis; as well as many other relatives and friends. Known in the Greek community as “the Queen of Baklava”, Mrs. Zambelis was an active member in the Greek Church, making Baklava and other Greek Pastries for the Greek festival, as well as for the restaurant for many years. She was a member of the Ladies group at the church. She worked at the historic Bon Ton restaurant with her husband Mike where they made numerous friends throughout the years. In lieu of flowers, the family requests donations be made to St George Greek Church or a charity of their choice. Online condolences may be made at www.FamilyFuneralMemphis.com Family Funeral Care (901)761-8000
See more See Less