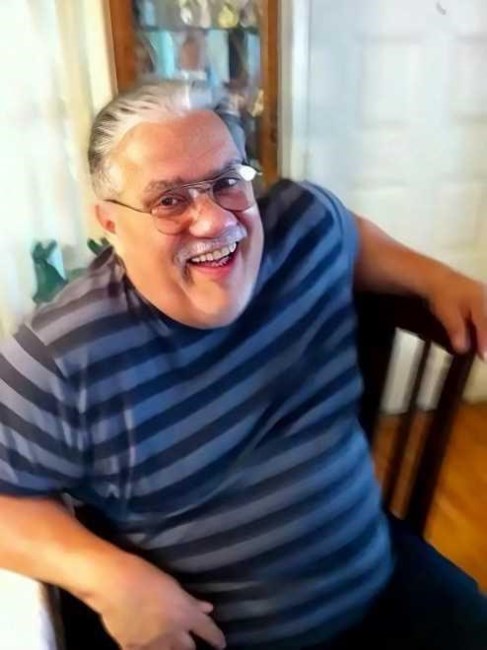 John Velilla was born on August 21, 1946 to Maria Elisa Rivera and Juan Velilla Carrasquillo in Brooklyn, New York. He passed away peacefully on April 3, 2021. John graduated from Stuyvesant High School in New York, New York. After high school, John enlisted in the United States Marine Corps. He served two tours in Vietnam as a crypto logic linguist and crypto analyst. He was honorably discharged as a Sergeant in 1971. He worked as a Technician for Xerox for 14 years. After moving to Florida in 1985, John joined the US Postal Service, where he worked for 27 years at the Tampa Airport location. He was an avid New York Yankees fan and baseball card collector. He loved movies and music. John is survived by his wife of 57 years, Anna; daughters, Melissa McDowell of Shirley, New York, Dr. Delvida Long of Warner Robins, Georgia, and Kendra Velilla of Atlanta, Georgia; son, John-David Velilla of Tucson, Arizona; sister, Elizabeth Velilla of Hollywood, Florida; grandchildren, CPT Devin Long US Army, Daniel McDowell of Shirley, New York, LT Jadon Long US Army, Joshua McDowell of Shirley, New York, Brennan Long of Warner Robins, Georgia, and Taryn Long of Warner Robins, Georgia. Please join us for a memorial service: Friday, April 30, 2021 1:00 pm Florida National Cemetery 6502 S.W. 102nd Avenue Bushnell, FL 33513 In lieu of flowers, the family requests donations be made to the Vietnam Veterans of America: Donate to VVA | Vietnam Veterans of America
See more See Less

In Memory of John Velilla