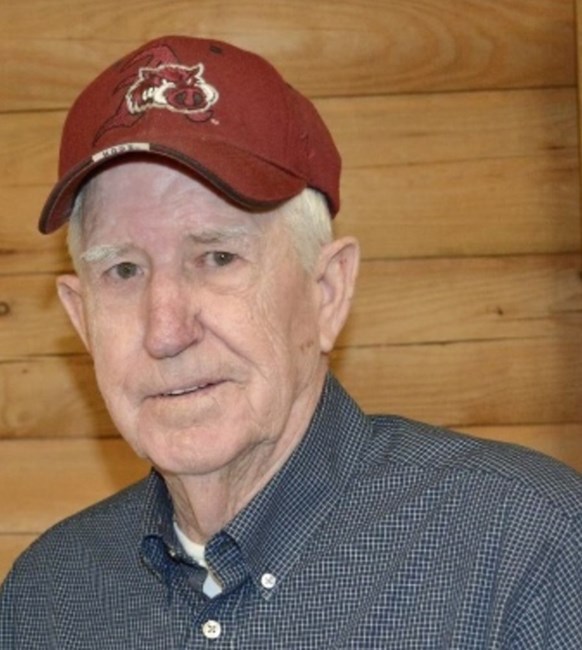 Bennie Harold Sagely entered this life August 26, 1938 in Clovis New Mexico to Roy and Irene White Sagely. He entered his home in Heaven September 30th, 2020. He served his Savior as a deacon, song leader, treasurer, teacher, and sang in the choir. His favorite scripture is Ephesians 2:8-10. He is now a member of Fellowship Baptist Church in Bella Vista, Arkansas. He graduated from Bentonville High School with the Class of 1957, whom he dearly loved. He served in the Army in the 82nd Airborne with 35 jumps and played special duty baseball. He worked at Jones Truck Line in Springdale, Arkansas for 33 years. He was named truck driver of the year in 1990. He volunteered as a baseball coach in Rogers, Arkansas for several years helping with his sons in Little League, Babe Ruth, and American Legion. He was preceded in death by his infant son, Steven Sagely; his parents; sisters, Louise Thomas and Francis Ellington; and brother, A.W. Sagely. He is survived by his wife Carolyn Sagely, whom he married in December 1959; sons, Doug and Amy Sagely of Rogers, Tony and Lisa Sagely of West Fork; grandchildren, Shelby and Jacob Heithoff of Springdale, Sarah Sagely of Springdale, Drew Sagely of Rogers, Brooke Sagely of Ohio, and Spencer Sagely of Fayetteville; great-granddaughter, Adelaide Heithoff; brothers, Alfred Sagely of Farmington, Quention Sagely of Kansas; sisters, Genevieve Pace of Cave Springs, Twilla and Alan McElroy of Springdale, and many nieces and nephews. Visitation will be on Tuesday, October 6, 2020 from 1 until 2pm in Benton County Memorial Park, with a service to follow at 2pm. Arrangements under the care of Rollins Funeral Home. In lieu of flowers, please make donations to Gideons International, PO Box 140800, Nashville, TN 37214, or the local Alzheimer’s Association, 5506 W Walsh Ln #212, Rogers, AR 72758. Online condolences can be made at www.rollinsfuneral.com.
See more See Less

In Memory of Bennie H. Sagely