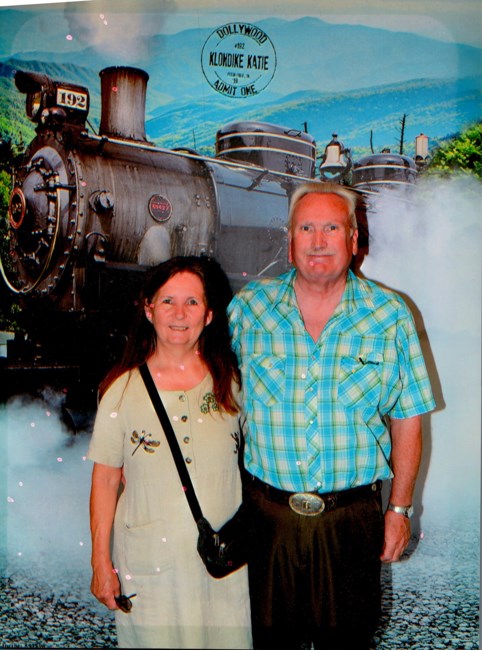 Anita Kibert, age 66, of Sneedville, TN was born August 19, 1955 and went to be with the Lord on January 17, 2022. She was a devoted wife, mother, grandmother, and great grandmother. Anita was known to many in her family as 'DD'. In her spare time Anita enjoyed many crafts, including painting, knitting, and putting together puzzles with her husband. Anita and her husband William were married at 18 but had been best friends since they were 3 years old. The two of them were surrounded by many loving friends, family, and neighbors. Anita enjoyed having her family and neighbors visit the farm. She belonged to White Shoals Missionary Baptist Church in VA. Anita is preceded by her parents Edgar 'Ed' Dock Rice and Leoria 'Lee' Lambert Rice; infant brother Eddie Carson Rice. She is survived by her devoted husband of 47 years, Rev. William L. Kibert. Daughters: Billie Jean (Matt) Adkins of Temperance, MI; Mary Anne (Eric) Langton of Toledo, OH. Son: Joseph William Samuel Kibert of Toledo, OH. Grandchildren: Michaelle Adkins, Mick Adkins, Noah Kibert, Tayler Beard, Kaleigh Maviglia, and Olivia Langton. Great grandchild: Lincoln William Grasse. Sisters: Kathy Lambert of Tazewell, TN; Donna Omler of Monroe, MI. Brothers: Edwin Rice and Tommy Rice both of Monroe, MI. Family requests everyone wear a mask and practice social distancing. The family will receive friends Thursday, January 20th from 5 until 7 PM at Coffey Funeral Home in New Tazewell, TN. The funeral service will follow at 7 PM in the Coffey Funeral Home chapel. A graveside service will be held Friday, January 21st at 10 AM in the Dobbs Cemetery in Harrogate, TN. Officiating: Rev. Terry Harrell Obituary: Rev. Clayton Reece Singers: Edna Peck and Gail Hawkins Pallbearers: Joseph Kibert, Kenneth Turner, Matt Adkins, Walter Guinn, Eric Langton, Mick Adkins, Isaac Hopkins, Darryl Holt Fond memories and expressions of sympathy may be shared at www.coffeyfh.com for the Kibert family.
See more See Less

In Memory of Anita Kibert

GRAVESIDE SERVICE IN THE DOBBS CEMETERY