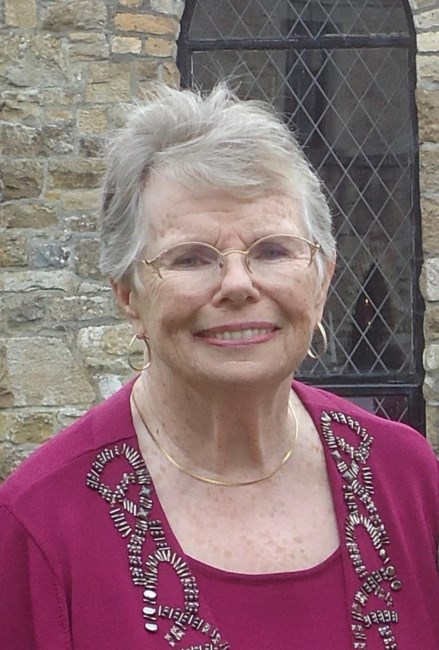 Mary Helen Nemecek, 80, died on Thursday, October 19, 2017 in Raleigh, North Carolina. She was born to Andrew and Kathleen (McKenna) Smith on August 22, 1937 in Athy, County Kildare, Ireland, the fifth of six children. After a happy childhood, she left Ireland at age 20 to join her two older sisters in New York City. It was there that she met the love of her life, Dominik "Don" Nemecek, who had immigrated to New York from Slovakia as a boy. They were married in 1963 and three years later moved from the Bronx to Eastchester, New York, where they raised their five children and lived until moving to Cary, North Carolina in 2004. In the Irish tradition, Mary possessed a strong Catholic faith. She loved baking, knitting, walking on the beach, and loud and lively gatherings. And more than anything, she loved time with her family and was so proud of her children and grandchildren. Don predeceased Mary in 2006. She is survived by her daughter Paula King of Cary, North Carolina; son Philip Nemecek of Eastchester, New York; son Michael Nemecek of Raleigh, North Carolina; son David Nemecek of Orange, Connecticut; son Mark Nemecek of Eastchester, New York; by her son-in-law and four daughters-in-law; by nine grandchildren; and by a brother, three sisters, 24 nieces and nephews and their families. All will fondly remember her quick wit, irrepressible laughter, and abundance of common sense. The family will receive friends from 6:00 to 8:00 p.m. on Friday, October 27 at the Apex Funeral Home in Apex, North Carolina. Funeral Services will be held at 11:00 a.m. on Saturday, October 28 at St. Andrew the Apostle Catholic Church in Apex. Send online condolences to www.apexfuneral.net. In lieu of flowers, the family requests that donations be made to the American Cancer Society (www.cancer.org).
VER MÁS VER MENOS