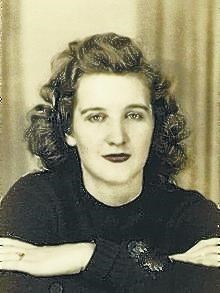 Mary Virginia Stone Jones, age 97, of Baton Rouge, Louisiana passed away Sunday, November 21, 2021. Mary was born to Maude Carter Stone and Arthur Conerley Stone August 2, 1924, in Vivian, Louisiana. She grew up in the Washington Parish Community of Sunny Hill and graduated from Franklinton High School. Mary earned a B.S. degree from Southeastern Louisiana University in 1944, after which she worked as a dietician for Charity Hospital/New Orleans, The Lady of the Lake/Baton Rouge and at Southeastern/Hammond. She was married to Joseph Hardy Jones, Jr. in 1947, and served as a dietician at the Veterans Hospital in Lexington, KY while her husband attended the University of Kentucky for a PhD. In 1955 she completed a Master's degree in Home Economics Education from LSU, before joining the Faculty at University High School in Baton Rouge. She taught Home Economics at University High from 1955 until her retirement in 1985. A Founding member of St. John's Methodist Church, Mary was an active member for over 35 years. She served as President of the UMW (United Methodist Women) in 1992-93, but participated regularly in that Mission over the years. She was a founding member and teacher of the first Sunday school class at St. John's, and attended the class as long as she was able. Mary also served on the Administrative Board of St. John's. She was an active member of the P.E.O. (a philanthropy providing scholarships for women), the American Legion Auxiliary, and belonged to the LSU and SLU Alumni Associations. Mary enjoyed travel, playing bridge, gardening, music & dancing, reading, and was a lifelong student of 16th -19th Century English history. Reflecting her heritage, she was a member of the Daughters of the American Revolution and the Daughters of the Confederacy. She is survived by 2 sons: Michael Alan Jones and his wife Lisa, and their daughters Mary Sophia Jones and Andrea Grey Jones; and, Stephen Hardy Jones and his wife, Judy, and their son Judson Hardy Jones and wife Susan, daughter Kathryn, son Jeff Hammack and wife Chrissy, and son Shane Hutson. Mary had 7 great grandchildren, who she loved dearly, as well as many nieces, nephews and lifelong friends. Guided in life by a commitment to Christian beliefs for almost 100 years, Mary Stone Jones was a strong, but forgiving soul. Rarely did she complain or seek attention. A child of the Great Depression, Mary was prudent, yet she was generous. She befriended all persons regardless of their station or background in life. Funeral services for Mary will be held Friday, December 3, 2021, at St. John's Methodist Church, 230 Renee Dr., Baton Rouge, LA 70810. Visitation begins at 11 a.m., and the church service is at 2 p.m. Graveside services are immediately following the church service at Greenoaks Memorial Park, 9595 Florida Blvd, Baton Rouge, LA. In lieu of flowers, donations are suggested to St. John's Methodist Church, the American Alzheimer's Association, or the American Lung Association. Fond memories and expressions of sympathy may be shared at www.Greenoaksfunerals.com for the Jones family.