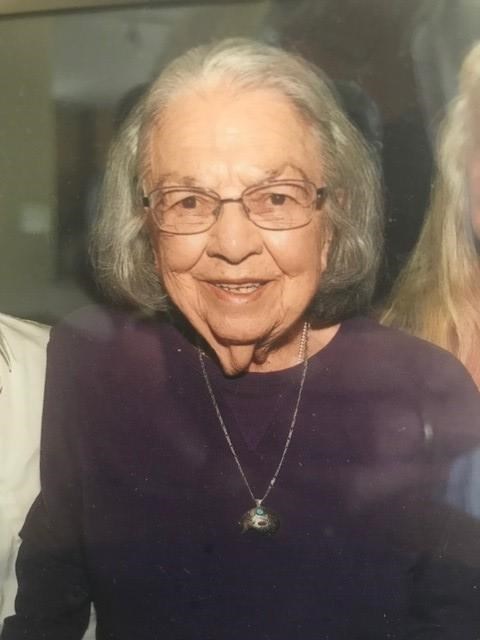 On June 23,2020 Pauline (Paula) B. Giarratano passed away peacefully at the home of her sister Pat. She was surrounded and held by her sister and close friends. Pauline is survived by her sister Pat, Longmont, CO and several nieces and nephews in Colorado, New Mexico, and California. What follows is taken from an autobiography which she wrote when she moved into her residence at Flatirons Terrace in Boulder. Paula was born in Olney Springs Colorado on June 2, 1925. She grew up in Pueblo. Her Father immigrated from Luca Sicily when he was 18 years old. Her Mother's family also immigrated from Luca. She was one of five children- Pete, Sylvia, Pauline, Bernice and Pat. Her father had a high regard for education and was proud to send all of his children to college at the University of Colorado. Paula graduated from the University in 1947, with a degree in electrical engineering and a minor in business. She was one of only twelve women who graduated from the school of engineering. Her first job was with Stearns Rogers Engineering Company, in Denver, Co. Paula remained in Denver for seven years until she went to Palo Alto, California, where she worked for Stanford Research Institute with the Weapons Systems and Logistics Division,doing classified military studies which required a secret clearance. In 1956 she moved to Houston, Texas to work with an affiliated company of Stearns Rogers. She continued her career working with engineering companies. Later she went to work for Texaco Chemical Company and spent an interesting and diversified twenty-two years in their engineering department. She retired as a Senior Project Manager with a professional engineers (PE) license issued by the state of Texas. After thirty-six years living in Houston, Paula moved to Boulder to be near her youngest sister, Pat, also an engineer working at NIST. Paula joined the Boulder newcomers club where she met many friends who organized all kinds of activities, one of which was bridge- her favorite pastime. She continued playing bridge until she could no longer play to her satisfaction. Her last 3 years she lived in the Flatirons Terrace Senior Residence where she met and enjoyed the friendship of many residents. A celebration of life will be held at a later date to be determined. If so desired, in lieu of flowers, please donate to Suncrest Hospice of Colorado or the charity of your choice.
VER MÁS VER MENOS