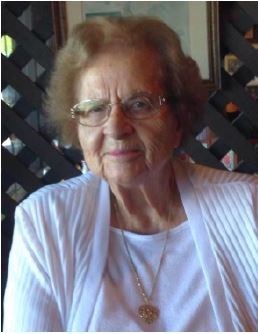 Susan Jane Houtchens passed from this life to the next on August 12, 2022. She was born to Don Benton Sportsman and Susie Agnes (Tomko) Sportsman on August 12, 1928 in Calhan, Colorado. She was the youngest of three children born to Don and Susie. Susan married Leon Koyle Houtchens on June 20, 1943 in Raton, New Mexico. Susan valued hard work and held many jobs during her life including working at a soda fountain in her hometown of Calhan, at Timken Roller Bearing Company, and businesses she started with her husband including 8th St Wholesale, H&H Wholesale, and was an Oxyfresh distributor. In 1981, she started H&H Tire with her husband and son Quentyn Houtchens, where she worked full time until 2020. In later years, Susan could often be found at her desk speaking to customers or giving Beanie Babies to children waiting with their parents. Susan also had a heart for volunteering and taking care of others. She volunteered as a candy striper while her father was in the hospital and volunteered as a Sunday school teacher at her church. Susan also donated numerous shoe boxes to the Operation Christmas Child program and enjoyed putting boxes together until she passed. Her loving and generous spirit will be missed by many. Susan was preceded in death by her husband of 75 years, parents, two brothers and treasured nine decade long friend Barbara Gieck. She is survived by her four children: Lonnie Houtchens; his two children Christopher (Megan) Houtchens, Tawnie (Brian) Flynn; Debra Marchman; her daughter Lindsay Marchman; Anita (David) Hood; her three children Daniel (Anna) Hood, Adam (Amy) Hood, Emily Hood; Quentyn (DiAnn) Houtchens; his four children Connor (Audrey) Houtchens, Travis (Sidney) Houtchens, Lucas Houtchens, Joleen Johnson and nine great grandchildren. A service will be held at Memorial Gardens Funeral Home and Cemetery August 27, 2022 at 10:00am. In lieu of flowers, memorial donations may be made to Samaritan’s Purse https://www.samaritanspurse.org. Hallelujah!
VER MÁS VER MENOS