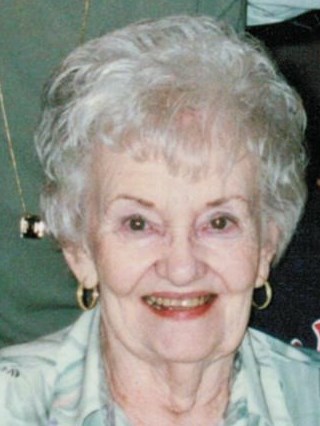 Thelma Voeca Lavers, 90, of Fayetteville, passed away Thursday, July 21, 2016 at Fayette Nursing and Rehab, Fayetteville. Born on December 3, 1925 at St. Petersburg, FL, she was the daughter of the late Ralph and Voeca Edwards. Mrs. Lavers was a member of St. Christopher’s Episcopal Church where she taught Sunday School. At the Episcopal Church at West Palm Beach in Florida she was a member of Daughter of the King. She had been a Girl Scout leader and a homemaker. Besides her parents, she was preceded in death by her husband, William Charles Lavers. Left to cherish her memory include her daughters: Catherine Clarke of Fayetteville and Mary Coffeen of Tampa, FL; four grandchildren: Jose Coffeen, Joshua Fedotoff, Megan Williams, and Kari Fedotoff; four great-grandchildren: William Fedotoff, Kathryn Fedotoff, Micah Fedotoff, and Olivia Williams; one sister: Olive Gunsaullus of St. Petersburg, FL; one brother: Ralph “Skeeter” Edwards of Hertford, NC; and three nephews: Paul, Mark, and Gary; and one niece: Lilly. Funeral services will be held at 1 PM, Tuesday, July 26, 2016 at Dodd-Payne-Hess Funeral Home, Fayetteville, with Pastor Robert Morey officiating. Interment will follow at Royal Palm Memorial Gardens, West Palm Beach, FL. The family will receive friends from 12 noon to 1 PM on Tuesday, July 26, 2016 at the funeral home. For those wishing to express your condolences to the Lavers family, you may do so by visiting our website at www.doddpaynehessfuneralhome.com. The family has entrusted arrangements to Dodd-Payne-Hess Funeral Home, 350 W. Maple Avenue, Fayetteville, WV.
VER MÁS VER MENOS