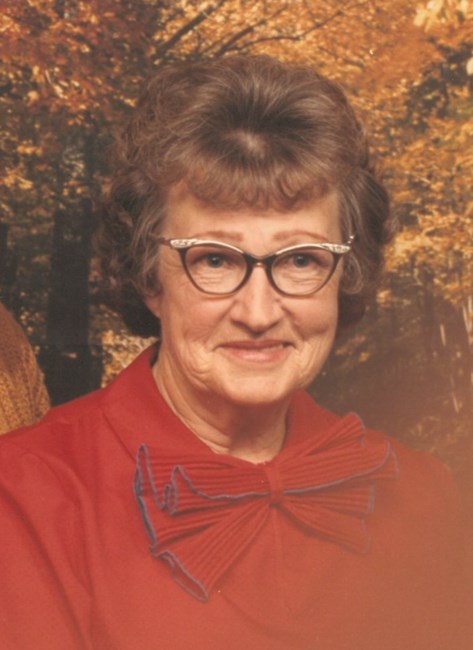 Frances Mae (Kerbs) Decker was born May 18, 1923 at home in Larmar, Colorado to Fred and Elisabeth (Vogal) Kerbs. She was their middle child. Having three sisters and four brothers. She attended school until the eighth grade. She quit school to stay at home and help with younger siblings and to help on the farm. In her early teens, they moved to a farm by Tampa, Kansas. One summer night in 1940 she met Howard Decker. They dated for two years and married December 31, 1942. They always lived on small rented farms. For most of those years she had a day job working eight hours and then coming home to help Howard with cutting and baling hay – feeding their cattle – pigs – chickens and milking their cows. In 1955 Frances, Howard, Judy and Pam moved to Florissant, Colorado to become ranchers. They also lived in Eagle and New Castle, Colorado. In 1961 they bought a home with eleven acres in Berthoud. It was there she went to work for Hewlett-Packard. She worked there for twenty-two years and retired in 1985. During this time, they moved to Masonville, Colorado and from there to Emporia, Kansas, then to Tucson, Arizona, then to Red Feather Lakes, then to Fort Collins. In June of 2019 she fell and broke her hip. July 25, 2019 she and Howard moved to Good Samaritan in Loveland. Frances was inseparable from Howard and was always by his side. They worked together to bale hay, feed cattle, doctoring calves, fixing farm equipment, milking cows or anything that needed to be done with their chosen lifestyle. Frances was well known to have the best fried chicken and fresh baked pies. She could kill a chicken, dress it out, pluck it, fry it and have it to the table within two hours. Her hobbies included embroidery, reading, flowers and listening to Elvis’ music and also including a scrapbook with many, many pictures or anything that pertained to Elvis. Frances is survived by daughters, Judy Steward (husband Bob Steward) and Pam Geist (husband Steve Geist); 6 grandchildren, 10 great-grandchildren and 10 great-great-grandchildren. Frances is preceded in death by husband, Howard; great-granddaughter, Makayla Lynn Belew; granddaughter in-law, Alison Nygren; all of her brothers and sisters and their spouses; brothers and sisters in-law and their spouses; and one infant brother.
VER MÁS VER MENOS