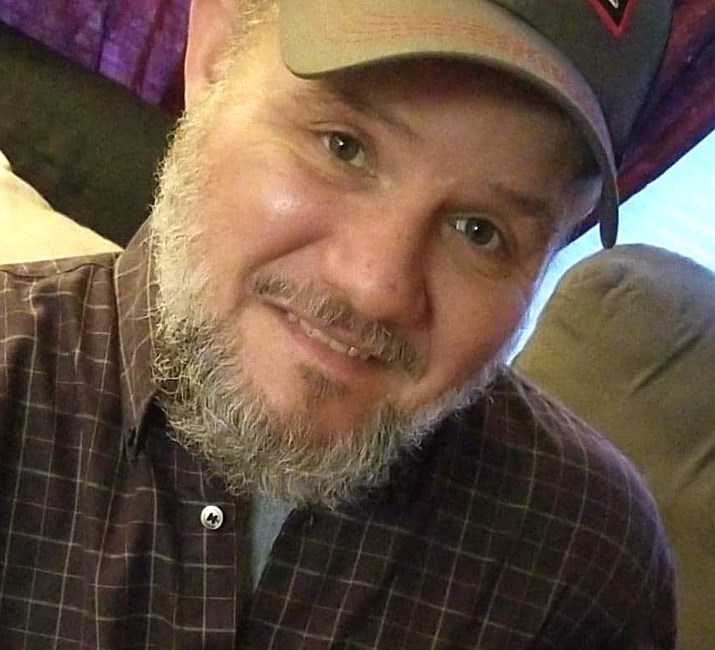 Sean Edward Hanan age 54, passed away in his home on Sunday, September 18, 2022. He was born on March 30, 1968 in Los Angeles, California. His life gave him the opportunity to travel the country and experience many great places. One of the things he was most proud of, as a teenager, he spent a week in the Joshua Tree desert with the Outward-Bound program. After high school he enlisted in the Army and was honorably discharged in 1994. After leaving the service, he met and married Christina Dunn and they were blessed with two daughters who were the light of his life and who he called his pride and joy. At the time of his oldest grandson’s birth, he was living with his youngest daughter and her husband, and he played a major role in raising his grandson from the day he was born until the day Sean passed. Sean was a very diligent worker, working for numerous cities including Mt. Ayer, Iowa, Kansas City, Missouri and Grandview, Missouri where he received many accolades for his hard work. Everyone that had the privilege of working with Sean had great admiration and praise for his work ethic and personality. In his free time, Sean loved to read, he created Dungeons and Dragons games for his family as the Dungeon Master and was an avid Skyrim player. Recently he acquired a pet gecko (Leo), which he carefully spent much time researching how to care for. Other hobbies included camping, fishing and anything having to do with the outdoors and nature. Sean leaves behind two daughters that he adored. Seanna (Curtis Bowser) Hanan of Independence, Missouri and Patricia (Cory) Aduddell of Grandview, Missouri; three grandchildren that were, in his words, “his immortality” Samuel Aduddell, Aria Bowser and Roman Bowser; two sisters who he loved with all his heart, Kimberly (Billy) Bryson of Huntington Beach, California and Patrice (Danny) Clark-Castellano of Bayonne, New Jersey; his God-Son Gary Mills, Jr. and numerous nieces, nephews, family and friends. In spite of everything life threw at Sean, he achieved his dream of having a family of his own and becoming a loving, generous father and grandfather. Sean was loved by so many and will be sorely missed. A Celebration of Life gathering for Sean will be held Saturday, October 8 at 1:00 PM at McGilley & George Funeral Home and Cremation Services, 12913 Grandview Road, Grandview, MO 64030. Fond memories and expressions of sympathy may be shared at www.mcgilleygeorgegrandview.com for the Hanan family.
VER MÁS VER MENOS