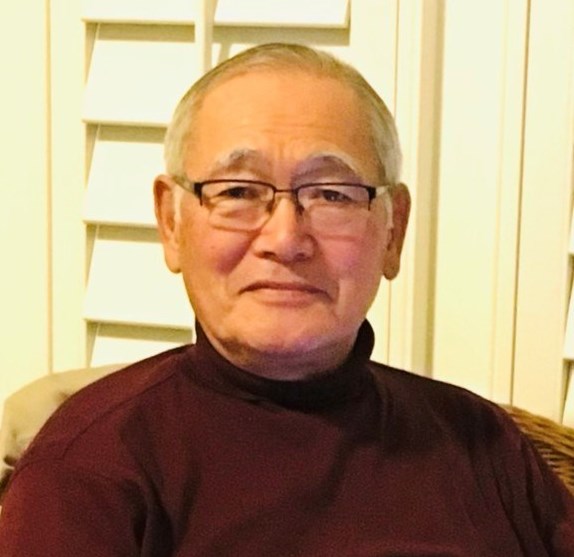 Hirokuni “Harry” Watanabe was born in Tokyo on January 5th, 1941, the second of four sons to Jiro and Chitose Watanabe, the classically trained, professional oil painters. He received his B.A. in Economics Policy from Hitotsubashi University in Japan and joined Fuji Photo Film Co. Ltd. in 1964. In 1970, he married Masako Obi and together they raised three beautiful daughters: Michiko, Mariko, and Kumiko in Japan. In 1991, he was transferred to Fuji Photo Film in Greenwood, SC, and later promoted to Vice President of Corporate Planning and Treasurer. In 1996, he was named President of Fuji Photo Film – Greenwood and subsequently became Senior Advisor to the President in 2004. He retired in 2005. Watanabe earned a reputation for generously devoting his time and energy to worthwhile causes. He spearheaded efforts to foster mutual understanding and develop beneficial relationships between the U.S. and Japan. He supported education and dedicated himself to the betterment of South Carolina's communities by implementing educational and community programs including scholarships at: Clemson University, Lander University, the University of South Carolina, and Piedmont Technical College, and to the Drummond Center for Statesmanship at Erskine College. He was twice named President of the Japan America Association of South Carolina, served on the Advisory Board of the S.C. World Trade Center, Greenwood CEO Roundtable, Greenwood Genetic Center Advisory Council, Greenwood Rotary Club and was a founding member of the Governor’s School for Science and Mathematics. In 2005, Watanabe's visionary leadership and commitment to the state and region were recognized by Gov. Mark Sanford with the Order of the Palmetto - South Carolina's highest civilian award - and the 2003 S.C. State Ambassador for Economic Development Award. In 2004, he was presented the Lifetime Achievement Award from the Partnership for Greater Greenwood County and Economic Alliance and the Distinguished Service Award by the Photo Marketing Association. Watanabe loved to play golf, be in nature and among the mountains, and appreciated good food and good company. He was a passionate and voracious reader. He was a man of humility, personal integrity, and peace. He was a wonderful husband, father, grandfather, brother, and friend, always gentle, caring and patient. He is survived by his beloved wife of 52 years, Masako Watanabe; three daughters and their spouses: Michiko and Satoshi Wakuya, Mariko and Hiroyuki Akiyama and Kumiko Newmark; seven grandchildren: Hikari, Kaori and Miori Wakuya, Hiroki and Tomoki Akiyama, and Abigail and Amelia Newmark; and his favorite dog, Hope. In lieu of flowers, the family requests those who wish to express sympathy to consider making a donation to his favorite charity, Japan-America Association of South Carolina (JAASC) at https://paypal.me/JapanAmericaSC. The family would like to invite the public to attend a memorial service and reception for Harry that will be held Thursday, April 28, 2022 from 1:00 PM to 2:30 PM with the reception immediately following at Mackey Funerals and Cremations at Century Drive, 311 Century Drive, Greenville, SC 29607. Fond memories and expressions of sympathy may be shared at www.mackeycenturydrive.com for the Watanabe family.
VER MÁS VER MENOS