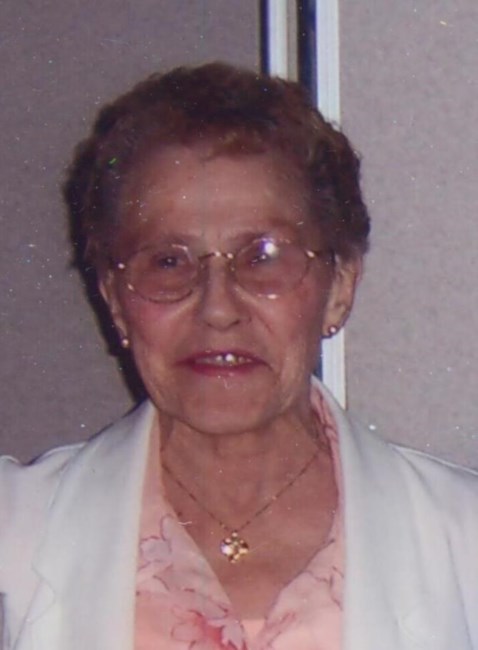 Betty M. Lautner, age 81, of Interlochen passed away peacefully, Thursday, September 24, 2015 at Munson Medical Center with her family by her side. She was born June 3, 1934 in Williamsburg to Lloyd and Amy (Wheelock) Savage. She married the late Earl C. Lautner on August 20, 1950 in Traverse City. Together they raised 3 children. Family was everything to Betty. She spent her life taking care of her family and others. In her spare time, Betty enjoyed dancing with Earl and once won a dance contest in Tennessee, of which they weren’t even aware they were taking part. She also enjoyed playing cards, camping, and listening to music. Betty will be greatly missed by her family. Children: Ruth Ann Bristol of Interlochen, Sherry (David) Conn of Traverse City, Steve (Marilyn) Lautner of Thompsonville; 6 grandchildren: Sara, Jaime, Samantha, Trina, Candida, and Angela; 12 great grandchildren and one great great granddaughter; two brothers: Al (Helen) and Glen (Renee) Savage; sisters-in-law: Pauline and Jean Savage; numerous niece and nephews. Besides her parents, Betty was preceded in death by her husband Earl, sister: Delores Pankow, brothers: Charles, Emery, and Fred; sister-in-law Carol Savage, granddaughter: Shawn Worm. A celebration of Life will be held Sunday, October 25, 2015 from 1-5 p.m. at the American Military League, 2423 Sybrandt St., Traverse City. Memorial contributions in Betty’s name may be directed to the Salvation Army or the D.A.V. Arrangements have been entrusted to Covell Funeral Home of Kingsley.