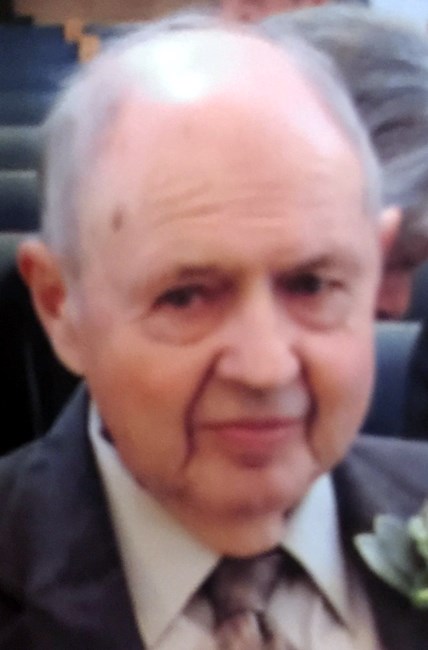 Alfred N. Sanborn Jr., 94, passed away on March 6, 2017 at the Maple Leaf Healthcare Center after a period of declining health. He was born in Melrose, MA on August 7, 1922 the son of Alfred N. and Margaret (Jacobs) Sanborn, Sr. His mother died three days after his birth. He was raised by his grandmother, Lida (Davis) Sanborn at the Sanborn farm in Auburn, NH. He was a graduate of Coe-Brown Academy in Northwood. Following his graduation, he enlisted in the US Navy serving during World War II aboard the USS Scroggins, a destroyer escort patrolling the North Atlantic in search of enemy submarines. While undergoing training in Algiers, LA, he met and married Coralie Bitter of New Orleans. After his discharge they returned to Portsmouth and eventually settled in Manchester. Alfred was employed as a Union sheet metal worker in New Hampshire and Massachusetts retiring in 1980. In retirement, he enjoyed running a wood saw mill with his lifelong friend Ed Locke in Auburn. Alfred also enjoyed working on his land cutting brush and firewood and especially enjoyed watching the Cub Scouts and Boy Scouts camp out on the land as well. He was a member of the Longmeadow Congregational Church which truly enriched his life with its deep sense of community. He was predeceased by the love of his life, his wife Coralie Sanborn, in 2001. Alfred is survived by his son Robert Sanborn and his wife Brenda of Auburn, his grandson Matthew Sanborn and his wife Diana and his two great-grandchildren. His family wishes to express their gratitude to his caregivers, Deb Gagnon of Visiting Angels, Tina Amyotte of Amedysis Hospice and most importantly his good friend Geri Silva for all their wonderful care. Visitation was held on Sunday March 12 from 11:30 am to 1 pm at the McHugh Funeral Home 283 Hanover St. corner of Beech St. in Manchester followed by a Funeral Service at 1:30 pm at the Longmeadow Congregational Church 4 Wilsons Crossing Rd. in Auburn. In lieu of flowers, the family requests that memorial donations in Alfred’s name be made to Longmeadow Congregational Church. Burial will be private.
VER MÁS VER MENOS