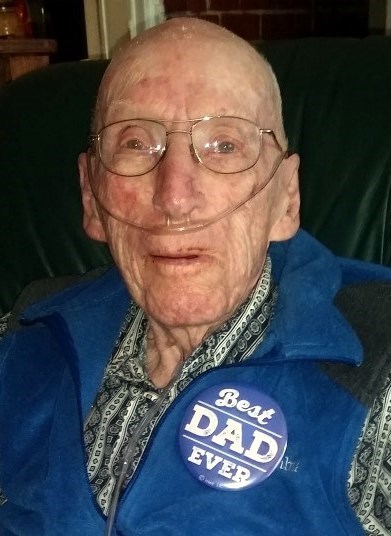 Clyde Saint Sing, 96 of Matthews died on Thursday August 13th 2020 at Summit Place of Mooresville. He was born in Greensboro, NC on January 20th 1924 to the late Edwin O Saint Sing and Blanche Hawks Saint Sing. After graduating from high school, where he played the trombone in the marching band, he joined the U.S. Navy at the age of 19. He served on the USS Barber during World War II as a gunner and fought in both the Atlantic and Pacific Theaters. At Okinawa, he was credited with shooting down the first Japanese Kamikaze plane that was attacking his ship. At the conclusion of the war when encouraged by his captain to re-enlist and make a career of the navy, he answered “Thank you sir, but I just want to go home.” Upon returning home after the war, he began a career in radio at station WBIG in Greensboro, but soon thereafter found his niche in automotive and truck sales and sales management which spanned his entire working lifetime. He, his wife Vivian, and their four sons resided in Matthews, NC for much of their lives where his hobbies of raising chickens, horse shows, and racing pigeons brought him much enjoyment. It was his little dog Penny, however, that captured his heart. Clyde enjoyed a good joke, a chew of tobacco, and telling his stories so well that few ever mentioned they’d heard them before. He never lost sight of who he was. He loved his family, had a quick wit, and if he ever tossed you a compliment then you know that you deserved it. He took great pleasure in being described by his favorite doctor as being a “Tough old codger.” Shortly after his wife Vivian died, he moved into the Summit Place of Mooresville where he received wonderful care and support from their incredible staff. In addition to his parents, he was preceded in death by his wife Vivian and two sons, Peter and Michael. Survivors include his sons Edwin (Connie), Jeff (Judi), three granddaughters Jennifer (Don), Kelly (Ashley), and Valerie, and three great-grandchildren, Cole, Ryder, and Arden. Due to current limitations and restrictions, there will be a graveside service only on Sunday, August 16th at Sunset Memory Gardens in Mint Hill at 2:00 pm. Friends are welcome to join the family for the celebration of Clyde’s long life. The family requests that those choosing to honor Clyde’s life may want to consider inviting a Veteran to lunch. Condolences may be offered online at www.mcewenminthillchapel.com
VER MÁS VER MENOS