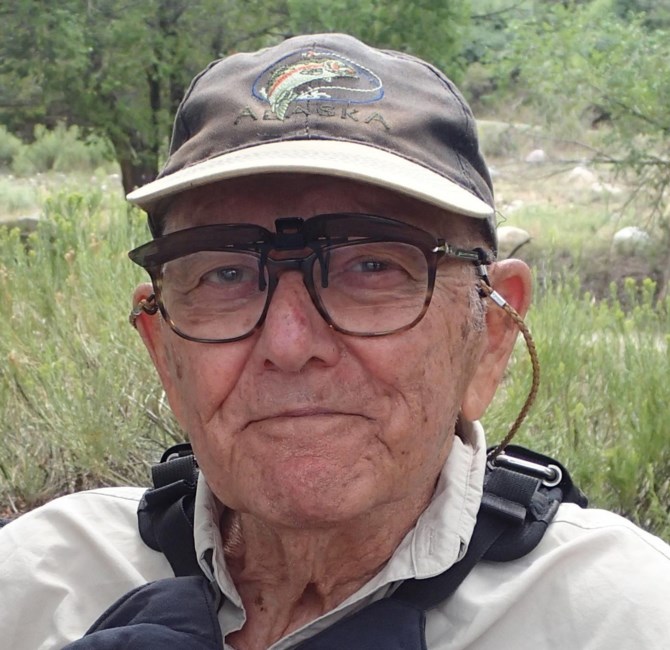 David Harpman was born on January 1, 1929 and raised in Oklahoma City, Oklahoma. After graduating high school, he attended Oklahoma A&M (now Oklahoma State) and earned a degree in mathematics. Mr. Harpman played basketball throughout his high school and college days. Upon graduation, he joined the Army and was sent to Korea to fly helicopters. Among other things, he ferried wounded soldiers to a MASH unit where he met his future wife Elizabeth “Chick” Harpman. She was a nurse there. David and Chick were married not long after they returned to the US. He had a long career in the military and moved many places in his service including: Germany, Arizona, Texas, Maryland, Kansas, and two tours of Vietnam. He retired as a Lieutenant Colonel after serving five years at the Pentagon. He then taught high school mathematics for over twenty years at St John’s High School in DC and West Springfield High School in VA. Afterwards he taught Calculus at Northern Virginia Community College until he was into his 80s. David and Chick were married 57 years and traveled many places including Yellowstone, Chincoteague, Alaska, England, Ireland, Scotland, Wales, and many others. They were also quick to open their home to others passing through the area and enjoyed listening to the stories of others. Mr. Harpman enjoyed walking with a good dog (he had several), hiking and fly fishing but most especially the camaraderie with others. He caught fish featured in books and magazines. Mr. Harpman passed away November 9, 2020 from complications of the coronavirus and several underlying conditions. He is survived by his two sons, David Jr and Kim, and Tim and his wife Stephanie; four grandchildren Austin, Jessie (husband- Dustin), Ben (wife- Koty), and Garhett (wife- Brittney); and nine great grandchildren: Sienna, Peyton, Colt, Jordan, Teana, Toby, Maria, GiGi, Bert, and Sam; Laurie, Kevin, Peter, Tom, Tim, Beth and many other loving nieces and nephews. He is preceded in death by his parents Sig and Bernice Harpman, his wife Chick, his brother Bub, and granddaughter Julia. Visitation will be held at Demaine Funeral Home at 5308 Backlick Road, Springfield, VA 22151 on November 20, 2020 from 1-2 PM. Service will be held at the same location from 2-3 PM. While all are welcome, in light of the current virus, everyone should evaluate their own health risks in attending. Seating will be limited due to local COVID-19 restrictions. The service will also be live streamed on the Demaine Funeral Home's Facebook page. Everyone is encouraged to leave a memory or note to the family there. Interment will be at Quantico National Cemetery at a time to be determined later. In lieu of flowers, please consider making a donation to one of Mr. Harpman’s favorite charities: Wounded Warrior Project, American Cancer Society, Macular Degeneration, Red Cross, the Humane society or any other worthwhile cause. As Mr. Harpman would say, “Don’t put off doing a good thing.”
VER MÁS VER MENOS