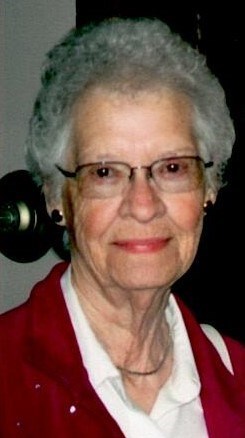 Mary A. Green Mary passed from this earthly home to her home in eternity on Friday, May 20th, 2022, soon after having celebrated her 89th birthday. Her cherished grandson, John Green was at her side at the time of her death. Mary was born in Radford, Virginia to James Andrew & Ila Mae (Nestor) Vaughn on May 11th, 1933. At around the age of 12, Ila & Mary left Virginia and headed west to the state of Washington. They lived with family in the lower Yakima Valley until Ila met and fell in love with Charles “Charlie” Taylor. They were soon married and lived in Ahtanum, Washington, where they took care of “Gramma Taylor” in her final years. Charlie & Ila had a baby girl, whom they named Carla. Mary joked that Carla was the ugliest baby she had ever seen but that she loved her little sister any way. Mary was very shy, but she made friends with a group of girls that became lifetime friends: Evelyn, Hazel and Quannah. They spent their teenage years dancing, ice skating, roller skating, bowling, as well as swimming at Aunt Lillian’s house or at the lake. They often spent time with a group of boys, one of whom Mary fell in love with. After Mary graduated from Yakima High School, Mary & Francis B. Green (also known as Fran or Frannie) were married in 1952. Mary worked as a secretary prior to becoming a mother to their only son Jerry Patrick Green. The family of three lived in Benton City, Washington for a time before returning to Ahtanum and purchasing a home of their own. Mary & Frannie worked together for many years at the Big Y. Mary worked as a fruit packer; she was highly skilled and did it with incredible speed and efficiency! Outside of work, Mary & Frannie enjoyed spending their time boating and camping at O’Sullivan Lake with family and friends. Frannie even built a 16’ boat in his garage for them to enjoy on the lake. Mary & Frannie welcomed their only grandson, John Francis Green, in 1974. Tragically, they lost his father, Jerry, in a motorcycle accident in 1977. While this was unquestionably devastating for them, they were grateful for the opportunity to help raise John thereafter. Mary returned to the Ahtanum home which she had spent her formative years, with Frannie significantly expanding and remodeling the house. The home was inviting and the yard was always well-manicured – the envy of many in the area. Mary cared for Frannie until his death in March of 2000. In his memory, she continued to care for the property for as long as she could, but eventually sold the property and moved to a retirement facility. Mary will be remembered in many ways. She was well-known for her pies and special-recipe rice krispy treats. She hosted numerous gatherings such as birthdays, Christmas and Thanksgiving where everyone felt at home and no one left hungry. In her final years of life here on earth, nothing brought her more joy than hearing from her grandson John, conversations with good friends, seeing photos of her nephews, their wives and children, visits with family and going out to eat at her favorite restaurant. Mary is survived by her grandson John F. Green, sister Carla (Bill) Woolen, nephew Rusty (Cecilia) Camino and their sons Lucas and Isaac, nephew Brandon (Kristine) Woolen and their children Brysen, Braeden, Weston, and Zoey, nephew Eric Woolen, as well as other relatives and friends. She will be dearly missed by all of us. She was preceded in death by her husband, son, mother, father, stepfather, stepsister and stepbrother. There will be a graveside service at West Hills Memorial Park on Friday, June 10th, 2022 at 2:00pm. A reception will immediately follow at Mountainview Christian Fellowship, 7105 Alpine Way (Corner of 72nd Ave and Summitview). Please join us for a time of fellowship and remembrance of Mary. Fond memories and expressions of sympathy may be shared at www.lepfuneralhome.com.
VER MÁS VER MENOS