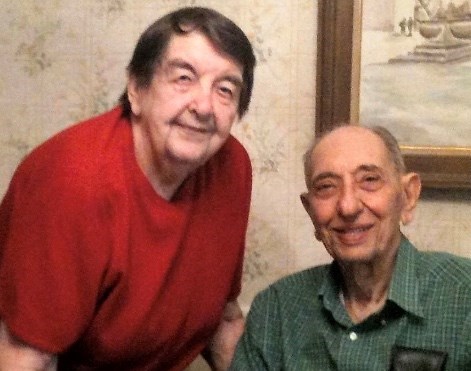 Hedy Maria Theresia Baumann Farah of Arlington, Virginia died peacefully on October 10, 2017 at the age of 95. Hedy was born on June 9, 1922 in Speyer, Germany, the daughter of Katharina and Heinrich Baumann. She was preceded in death by her husband of 66 years, George Farah and her son-in-law Thomas McKean.

She is survived by her daughter, Karen Farah McKean; son, Ken Farah and wife Leslie; beloved grandchildren, Sara Wilson and husband Michael, Kirby Farah, Emily McKean, and Kenneth Farah; great grandson, Ryan Wilson; devoted nieces and nephews, relatives, longtime friends, and neighbors. Hedy attended Heidelberg University. She was employed by the United States Army as a translator and clerk during and after World War II, in Germany, where she met and married George. After returning to the United States with George in 1948, Hedy worked for the Arlington County General District Court, and later as an independent computer programmer and tax accountant. She was a member of St. Ann Catholic Church, Arlington, since its inception. Hedy was a talented and productive artist. She created paintings, ceramics, sculptures and pottery that will live on forever with her family and friends. Always knitting and sewing, Hedy was continually fashioning works of art. She loved spending time with her family, and she loved spending time at her cottage in Duck, NC.

We are eternally grateful to the staff of The Village at Gordon House, Gordonsville, VA, for their excellent care, devotion, and kindness. A Memorial Service celebrating Hedy’s life will be held at Murphy Funeral Home, 4510 Wilson Blvd., Arlington, VA on Monday, November 13, 2017 at 5 p.m., with visitation to follow from 6 to 8 p.m. Hedy will join George at Arlington National Cemetery at a later date. In lieu of flowers, please consider donating, in Hedy’s memory, to a charity of your choice.