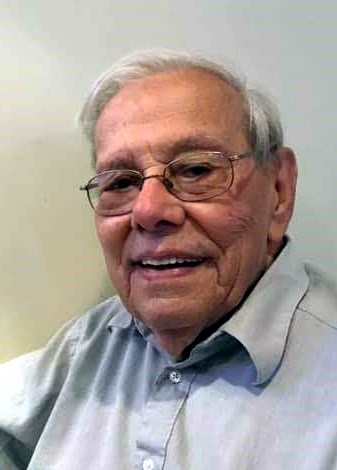 J.A. Roger Beaulieu, 96, formerly of Acushnet passed away Saturday, February 15, 2020 in Longmeadow of Taunton after a period of declining health. He was the loving husband of the late Yvette (Roy) Beaulieu.

Born in New Bedford, a son of the late Louis and Delphine (DuBois) Beaulieu he was a lifelong area resident and a communicant of St. Francis Xavier Parish.

Roger worked as a press mechanic for SRTA for 47 years until his retirement in 1988. He was also a popular TV repairman as well for many years. To his family he was “Mr. Fix-it”.

In his earlier days, he enjoyed playing horseshoes, and spending summers at Mary’s Pond with his family. He was an avid bowler and was the former President of the Contractor’s Bowling League. Roger also drove the senior bus in Acushnet and he enjoyed spending time at the Acushnet Council on Aging. Roger was an avid cribbage player and taught the game to many. He enjoyed time at the casino playing the slots.

His funeral will be Saturday, Feb. 22, 2020 at 9 a.m. from the WARING-SULLIVAN HOME at FAIRLAWN, 180 Washington St., Fairhaven followed by a Mass of Christian Burial at 10 a.m. in St. Francis Xavier Parish, Main St., Acushnet. Burial will be private. Visitation will be Friday 4-7 p.m. In lieu of flowers, donations in Roger’s memory may be made to the Conrad Beaulieu Scholarship Fund, 31 Woodland Circle, Tiverton, RI 02878 or by www.theconradfund.org or making a contribution to the charity of your choice. For online tribute/directions www.waring-sullivan.com.