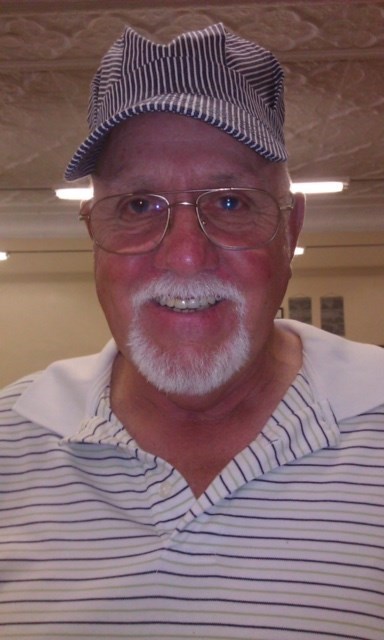 Vincent Sherwood Stevenson, 76, of Lansing passed away Friday, September 2, 2016 at Beckley Appalachian Hospital. Born on March 3, 1940 at Lansing, he was the son of the late George Hamilton Stevenson and Gertrude Edith Stroud Stevenson. Mr. Stevenson served in the US Navy from 1956-1958 where he served on the USS Columbus in the Mike Division in engineering. After that he moved to Northern Virginia and was a steamfitter until he retired in 2001. He was the baby of 14 children. He enjoyed playing the banjo, guitar, golf and pool. Also, he loved telling jokes, working puzzles, wizard with trivia, watching the Yankees, and visiting with friends. The one thing he did not like and would not do was get on an airplane. Left to cherish his memory includes his wife, Jo Elizabeth Williams; sons, Kenneth Edward Stevenson, Barry Duane Stevenson, and Hugh Russell Stevenson; daughter: Sheri Kay McNeil; grandson, Kenneth Edward Stevenson; granddaughter, Tabitha Jade; two sisters: Nancy Hoylst and Patsy Salt. Funeral services will be 12 noon on Wednesday, September 7, 2016 at Dodd-Payne-Hess Funeral Home, Fayetteville. Burial will follow at the Lansing Cemetery. The family will receive friends from 6 to 8 PM, Tuesday, September 6, 2016 at the funeral home. For those wishing to express your condolences to the Stevenson family, you may do so by visiting our website at www.doddpaynehessfuneralhome.com. The family has entrusted arrangements to Dodd-Payne-Hess Funeral Home, 350 W. Maple Avenue, Fayetteville, WV.