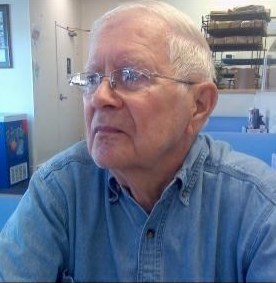 Mr. John (Jack) Douglas Looman, 88, of Lenoir, North Carolina passed away on Saturday, January 15, 2022 at his residence. Mr. Looman was born in Schenectady, New York on June 26, 1933 to the late William F. and Ethel Gerni Looman. In addition to his parents, he was preceded in death by a brother, William R. Looman. Mr. Looman attended local schools in Schenectady County, NY and was a graduate of SUNY Cobleskill with a degree in Agricultural Engineering. He served in the United States Army on the island of Okinawa during the Korean Conflict. After a Short period working in the hardware business, he was employed by the Albany Medical Center Hospital in Albany, NY in the Information Systems Department in various positions. Retiring in 1988, he remained in Schenectady County for a short period before moving to Lenoir NC in 1992. Mr. Looman was a member of ST Paul’s Lutheran Church in Albany and St. Stephen’s Lutheran Church in Lenoir where he served in various offices and committees and was a long time choir member. He was life member of the Lenoir Optimist Club, serving many years as it[s treasurer and was a member of the Caldwell Men’s Chorus for several years. He is survived by a sister, Barbara Town of Scotia, NY and several nieces and their families. A memorial service will be held at St. Stephen Lutheran Church in Lenoir on Saturday, Jan 29, 2022 at 11:00 am with Rev. Daniel Duke officiating. A graveside service will be held in New York at a later date. He will be interred at Zion Lutheran Cemetery in Schenectady, NY. Memorial may be made to the Herman/Mullis Scholarship Fund of St. Stephens Lutheran Church at 1406 Harper Avenue NE Lenoir, NC or to St. Paul’s Lutheran Church at 475 State St. Albany, NY 12203. Words of comfort may be expressed to the family at www.pendrysfuneralhome.com. Pendry’s Lenoir Funeral Home is honored to serve the family of Mr. John Douglas Looman.
VOIR PLUS VOIR MOINS