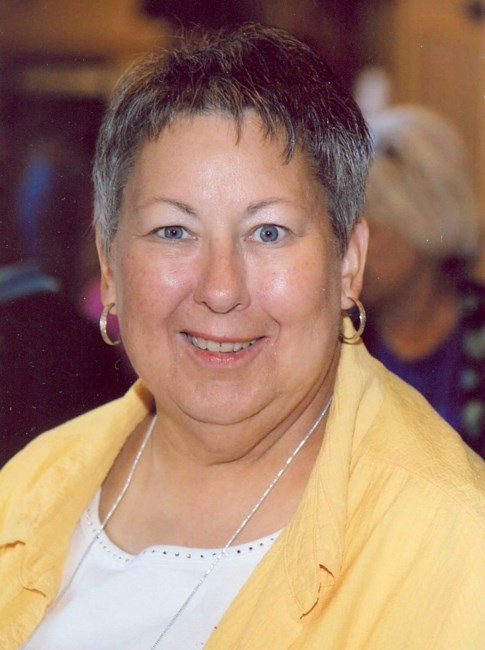 Margaret Joanne Norvell, age 74, of Payette passed away Wednesday, August 14, 2019 at a care facility in Payette. A Rosary will be held at 7:00 PM Tuesday August 20, 2019 at Corpus Christi Catholic Church in Fruitland, ID. Memorial Mass will be held at 10:00 AM Wednesday August 21, 2019 at Corpus Christi Catholic Church in Fruitland. Fr. Camillo Garcia will officiate. Interment will follow at Riverside Cemetery in Payette, ID. Condolences may be made to Joanne’s family at www.shaffer-jensenchapel.com. Arrangements are under the direction of Shaffer-Jensen Memory Chapel. 208-642-3333. Joanne was born at Holy Rosary Hospital in Ontario, OR, on February 3, 1945, to Robert Henry Norvell and Lorraine (Kizzier) Norvell. She spent most of her entire life in Payette, ID. She had an ideal childhood being raised in a special neighborhood with the rest of “The Westside Gang!!!” Friends that have remained close all these years. Joanne attended schools in Payette and graduated from high school in 1963. She was very active in school and was voted “Most Friendliest” by her classmates; a title that she has carried through her whole life. Joanne is most remembered in high school for her car-“Pinky and her Power Glide”, hosting all the after game parties in her basement, and for always having the right shoes for the right outfit-since her dad owned Norvell’s Shoe store. She attended Boise Junior College for one year and Treasure Valley Community College for one year. She accepted her first job with Payette School District as special education aide. She held this job for over 40 years. She took such pride in being able to help her students in and out of class. Joanne had been active in the Holy Family / Corpus Christi Catholic community all her life. She sang in the choir, taught Life Teen, worked harvest dinners, funeral dinners and coffee hours. Her beautiful and tasty cakes were wonderful addition to many a fundraiser. She was a member of the Council of Catholic Women at the parish, state and regional levels. She held many offices and enjoyed traveling to conventions as long as her health allowed. She belonged to Beta Sigma Phi Sorority for almost 50 years. She held many offices and was a Chapter Sweetheart. She loved her “sisters”. Joanne was involved with her friend, Joanne Fulkerson, in J J Kreations. They provided a catering service for many functions in the valley. After they dissolved, Joanne continued to bake her delicious cakes for everyone. Joanne enjoyed many hobbies. Some of her favorites were cooking, picture taking, scrapbooking and watching BSU Football. Joanne was always happy and loved life. She was especially fond of all kinds of music, Mickey Mouse, The Green Tree On Saturdays, after church times with Cuppi, Thanksgiving with Manser’s, Christmas Eves with Dragoo’s and chocolate – lots of chocolate. If you had a privilege to have known Joanne, you are better person for it. She will be missed by so many - M-IC…see you soon K-E-Y why because we love you…. She was preceded in death by her parents. She is survived by her Church Community, Beta Sigma Phi Sisters, “The Westside Gang”, several cousins and so many friends that she called family. Memorials may be made to the Corpus Christi Building Fund C/O Shaffer-Jensen Memory Chapel P.O. Box 730 Payette, ID 83661.
VOIR PLUS VOIR MOINS