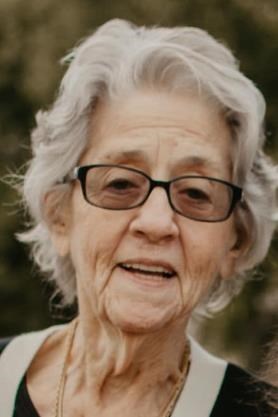 Billie Charlotte Harvison, 88, a longtime resident of Madison, passed away Wednesday, November 23 at Brookdale Summer Ridge in Rockwall TX. Charlotte was born on September 14, 1934, in Silver Creek, MS, the oldest child and only daughter of Ottie Bass Herrington and Billie Clifton Herrington. She was proceeded in death by her husband of 61 years, Roger Alex Harvison, and her parents. Charlotte graduated from Columbia High School in 1951 at the age of 16. While there, she was active in Y-Teens, FHA and Tide Club, serving as Secretary. After high school, she attended Methodist Hospital School of Nursing, graduating in 1954 and beginning a 37-year career in health care. Charlotte began her nursing career at Methodist Hospital in Hattiesburg MS. In 1958, the family moved to Monroe, LA where she joined the staff at St. Francis Hospital. In 1963 she received the Distinguished Citizenship Award for the Victory Over Polio Campaign for Ouachita Parish Louisiana. After moving back to Hattiesburg, she continued her career at Methodist Hospital as a Nursing Supervisor, advancing to Director of Inservice Education, and Nursing Arts Instructor for the School of Practical Nursing (LPN). She was a charter member and Vice President of the Association of Operating Room Nurses of Mississippi. From 1974 – 1977, she was the Nurse Epidemiologist at Memorial Hospital of Gulfport. In 1977, the family moved to Madison MS and Charlotte began a distinguished career at Mississippi Baptist Medical Center (MBMC). In 1984 she was the first person in the state to receive national Certification in Infection Control. In September 1985, she was named Quality Assurance Coordinator for the newly established Quality Assurance Department at MBMC. During her career she received Employee of the Month recognition on multiple occasions and ultimately retired in 1991. She returned to MBMC after retirement to coordinate the Physician’s Call Center and assist with several special initiatives. She also took an active role in the family business, serving as Office Manager for many years. Charlotte was known for her quiet, rugged leadership and determination. A life-long learner, she strove to inspire co-workers to learn and actively pursue continuing education opportunities. She was an active member of Center Terrace Baptist Church in Canton MS where she taught Sunday School and sang in the choir. Charlotte is survived by her three children, a son, Robert Alex Harvison (Ann Kavanaugh) of Madison MS, a daughter, Billie Faith Harvison Carney (Keith Carney) of Decatur AL, and a daughter, Regina Harvison Bass (Leon Bass) of Heath, TX. She is also survived by four grandchildren, Mayda Clara Harvison of Weslaco, TX; Sarah Kristen Carney of Mobile, AL; Korman Alex Bass and Ryan Herrington Bass, both of Heath, TX; as well as three great-grandsons, Santos Izaguirre IV, Alex Sebastion Izaguirre, and Jacob Robert Izaguirre, all of Weslaco, TX. Charlotte is also survived by a brother, Robert Alton Herrington (Brenda Herrington) of Lucedale MS, as well as numerous nieces and nephews. Funeral services will be held at Dixie Baptist Church in Hattiesburg on Saturday, December 3 at 12 Noon, followed by graveside services at Dixie Cemetery. Visitation will be from 11:00 AM to 12 Noon in the church sanctuary. In lieu of flowers, memorials may be made to the Mississippi Baptist Woman’s Missionary Union (WMU) Baptist Nursing Fellowship, Center Terrace Baptist Church Missions Program in Canton MS, or the Missions Program at your home church.
VOIR PLUS VOIR MOINS