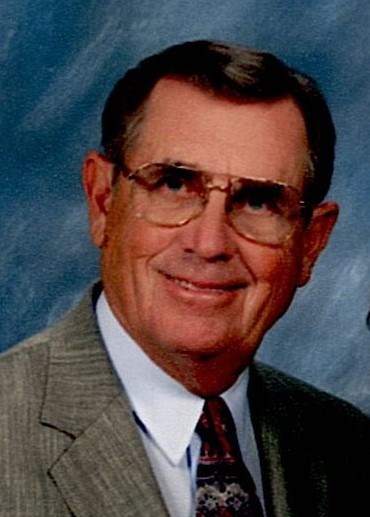 George F. Ankley, Jr. of Sarasota, Florida passed away peacefully on January 24, 2022. He was an active member of Good Shepherd Lutheran Church and a former member of The Meadows Golf and Country Club in Sarasota. George was a loving and caring husband, father and grandfather who was intensely proud of his family. He loved to fish and was an exceptional athlete who excelled in golf (with four holes in one), basketball and bowling. George was proud to serve his country in the U.S. Air Force from July 1951 to 1955 during the Korean War. After his military service he was employed by Johnson Motors Outboard Marine as Dept. Supervisor. He was then employed as Plant Manager of Resinoid Eng. Corp. in Skokie, Illinois and retired after 27 years of distinguished service. George was born on June 27, 1931 to the late George F. Ankley, Sr. and Florence A. Laube Ankley in Villa Park, Illionis and graduated from Waukegan Township High School in 1949. He attended Valparaiso University on a full sport scholarship in basketball and at the end of his sophomore year enlisted in the U.S. Air Force. During his military service he met and married Goldie Weber Ankley in 1953 in Altenburg, Missouri with whom he celebrated 68 years of marriage in December 2021. He is survived by his wife Goldie; three children, Michelle (Jerome) Sitko, Scott (Lisa) Ankley and Cheryl Olchawa (Fiance Steve Anderson); five grandsons, Kyle (Anna - who are expecting a son) Sitko, Trevor (Amanda) Sitko, Spencer Ankley, Jason (Kate) Olchawa, Patrick (Leigh Anne) Olchawa; great-grand child Whitney Rose Olchawa; and his dear brother Roger K. Ankley of Waukegan, Illinois. George is preceded in death by his mother, father, and sister Arlene Ankley Hill. Interment will take place at the Sarasota National Cemetery located at 9610 State Rd 72, Sarasota, Florida. A memorial service to celebrate George's life will be held at Good Shepherd Lutheran Church in Sarasota on April 20, 2022 with a reception to follow in Mennicke Hall. Memorial contributions may be made in his memory to Good Shepherd Lutheran Church, Sarasota, or St. Jude Hospital in Memphis, TN. Fond memories and expressions of sympathy may be shared at www.palmsmemorial.com for the Ankley family.
VOIR PLUS VOIR MOINS