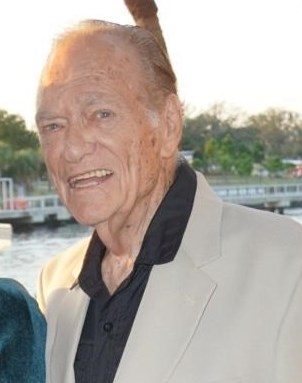 George Kenneth Bailey, Jr., age 82 of Tampa, Florida passed away peacefully surrounded by family on Sunday, January 16th at St. Joseph’s Hospital, Tampa, Florida. He was born on March 6, 1939 to the parents of George and Selma Bailey who preceded him in death. Also preceding him in death, one sister, Jean. He is survived by his wife, Anita Bailey, daughter, Shannon and son-in-law, Scott, son, Mark, three grandchildren, Brittni, Devin and Trevor. Also surviving is sister, Patty. He served in the United States Air Force as a Communications Interceptor in Korea. Thereafter, George was fortunate to have two fulfilling careers at Tampa International Airport. He retired from Pan American World Airways as Manager, and Hillsborough County Aviation Authority in which he was proud to be the first Traffic Superintendent. He enjoyed cruising and traveling the world, spending time with his beloved family and pets. A Celebration of Life Ceremony for Mr. George K. Bailey, Jr. will be on Saturday, February 5th. Visitation will be from 2:00pm to 3:30pm and following immediately at 3:30pm will be a ceremony at Blunt & Curry Funeral Home, 6802 Silvermill Drive, Tampa, Florida, 33635. In lieu of flowers, you may donate to the Humane Society of Tampa Bay.
VOIR PLUS VOIR MOINS