Sticklin Funeral Chapel in Centralia, Washington, has provided funeral and cremation services to families in Lewis County since the 1890s. For over a century, we have helped people through this difficult stage of life with respect, professionalism and compassion. We'll be honored to serve you and your family, guiding you through the entire funeral process. 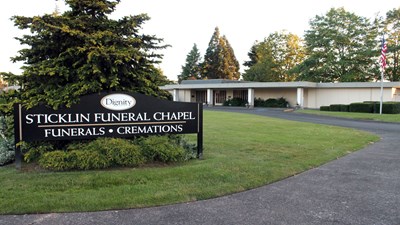 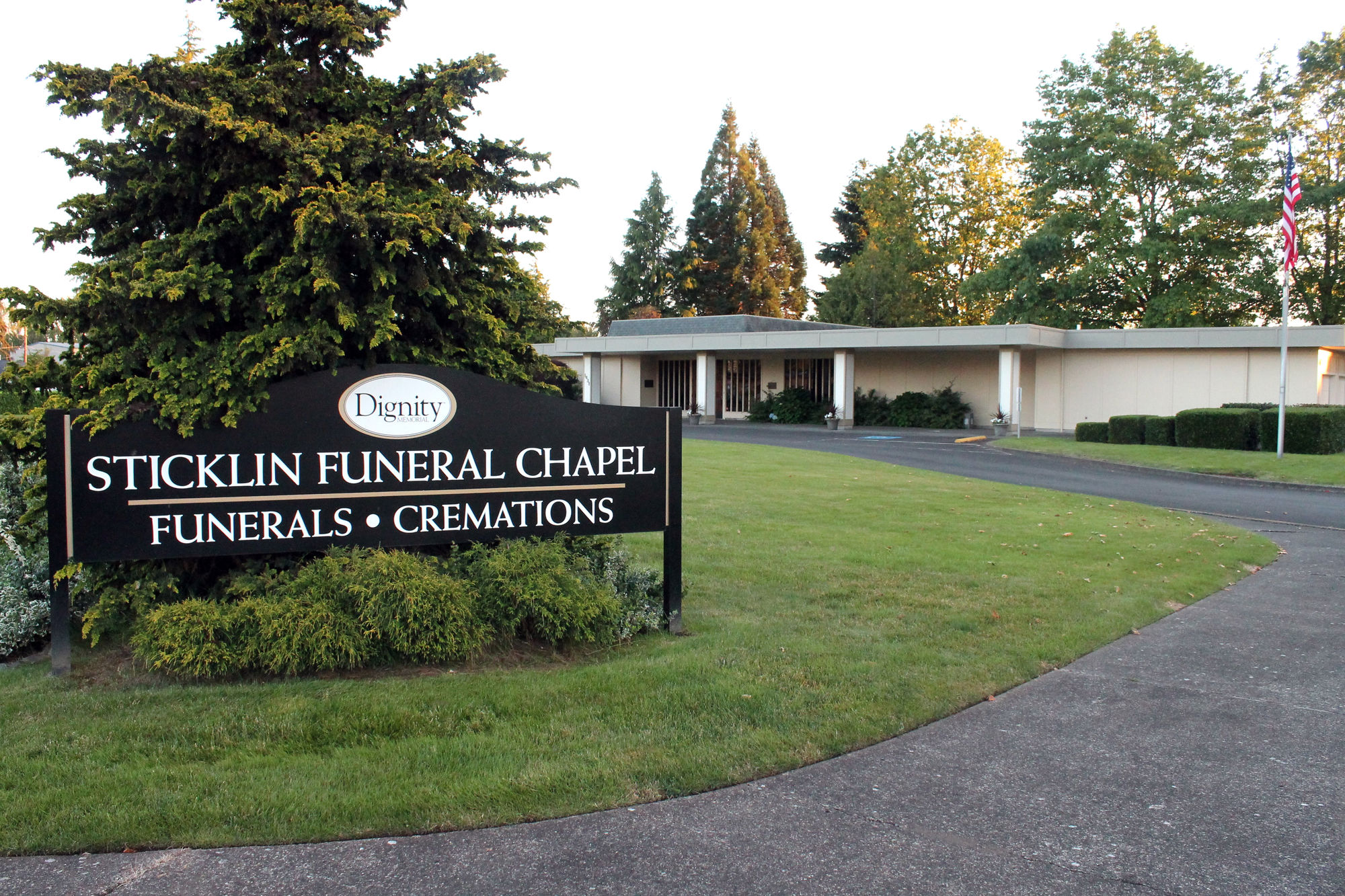 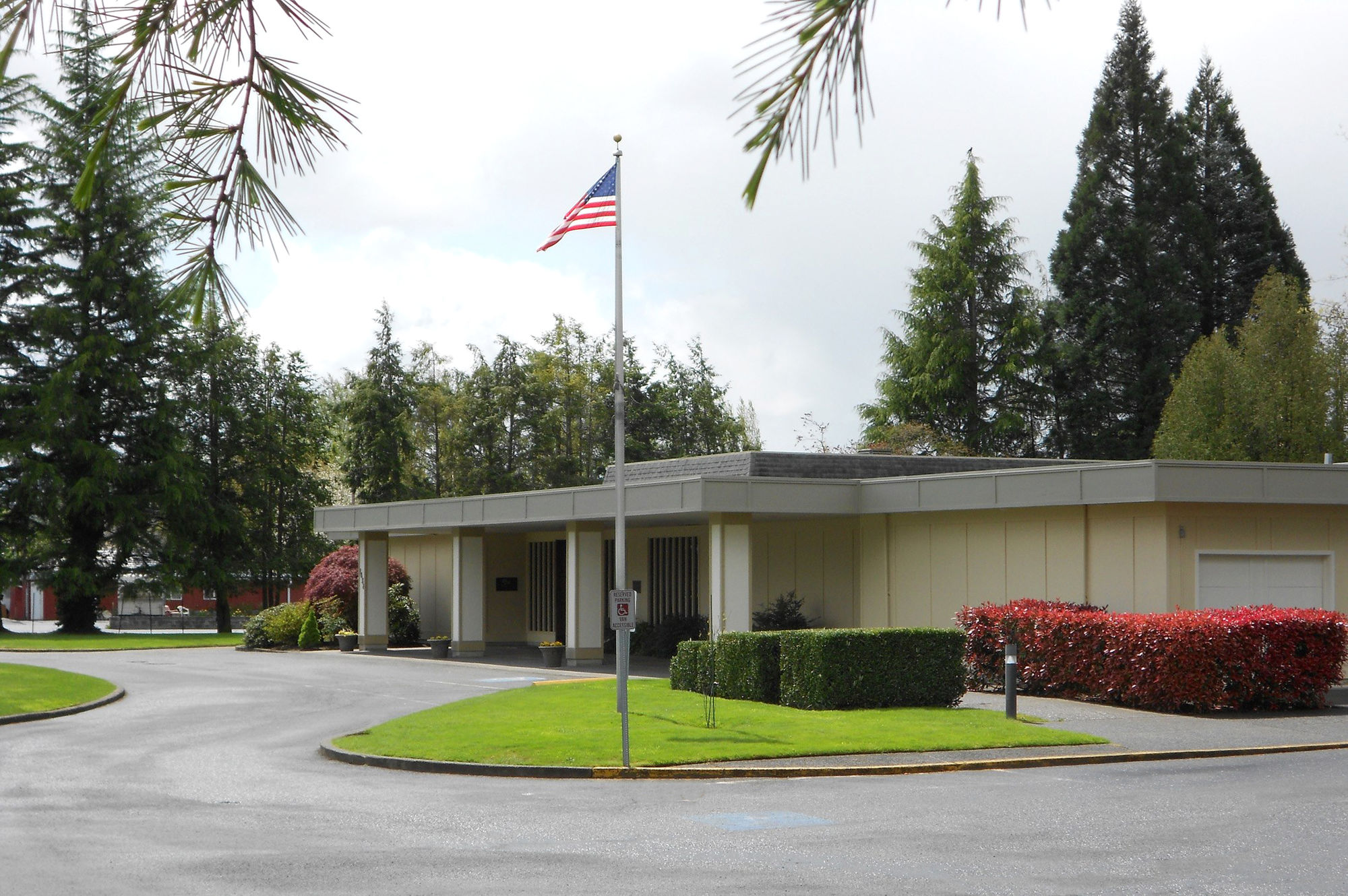 Our compassionate and caring team works tirelessly to meet the needs of Lewis County families. We are here to provide guidance and understanding at 1 of the most personal and challenging times in life. We take great pride in our customer service and devote time to each family, making sure that no benefit has been overlooked.

We believe memorial displays are an important part of funeral services—they add a personal touch to the celebration of life. Our team can make recommendations for how to make each service unique and memorable. Even after the funeral service, we are here to help with any new developments or questions you may have.

At Sticklin Funeral Chapel, we offer full funeral home services, including cremation, transportation, paperwork services and notifications. In addition, we can help you plan your funeral service in advance to ensure the details and costs are taken care of and that your wishes will be honored.

The history of our funeral home began in 1892 when Swiss cabinet maker Louis Jacob (L.J.) Sticklin arrived in Centralia, Washington, from Pennsylvania, where he originally began his undertaking business. In 1890, L.J. opened a cabinet- and coffin-making business on Park Street in Chehalis, Washington. Shortly after, he started providing mortuary services throughout the rapidly growing area. Within a few years, he opened a 2nd funeral home in Chehalis.

The legacy of L.J. Sticklin

L.J. set the tone for a tradition of compassion and caring. He became a well-known figure in the Lewis County community, mostly remembered for his kindly concern, his traditional Prince Albert jacket and the ever-present flower in his lapel. In 1914, the Chehalis Bee-Nugget newspaper described him in this way: “Perhaps no other man, not excepting doctor or minister, has officiated at so many sorrow-stricken homes and performed the duties of sympathy and brotherhood as L.J. Sticklin, pioneer undertaker and funeral director.”

The 2nd generation of Sticklins carry on the family business

Shortly after the turn of the century, Charles and Hugh Sticklin became the 2nd generation of Sticklins to carry on the family business—Charles as the owner of the Centralia and Chehalis Mortuary and Hugh as the manager of a mortuary that had been established by L.J. in Olympia. The Olympia business was later sold and became known as Mills and Mills Funeral Service.

Like his father before him, Charles brought changes to the funeral business that were in keeping with the needs of the Lewis County community, and he was deeply involved in civic activities. Charles was a visionary with a dream to build a modern funeral home between Centralia and Chehalis to better serve the people of Lewis County. Although he was not able to realize his dream during his lifetime, his funeral business was among the most modern and well-equipped in Washington State.

The heritage of the Sticklin funeral home business continued through the 50s and early 60s under the able direction of Mortimer Sticklin, the son of Charles. In 1962, the torch was passed to Mortimer’s oldest son, Don. Inspired by the vision of his grandfather, Charles, and deeply moved by a sense of compassion for his fellow man, Don set to work to give substance to his grandfather's dream of a modern, up-to-date facility between Centralia and Chehalis to better serve the community, which had been so intimately connected with the growth of the family business. In 1973, with the determination that was characteristic of every generation of Sticklins that preceded him, Don and his wife, Lois, dedicated the new funeral home to the man who started it all, L.J. Sticklin.

When Don Sticklin passed away in 1975, Mortimer came out of retirement and assisted Lois in operating the funeral home until his death in 1981. Lois obtained her funeral director’s license under the supervision of Mortimer.

As a member of the Dignity Memorial® network of funeral, cremation and cemetery providers, the Sticklin Funeral Chapel team continues the tradition set by our founders: compassionate, caring service for all families who come through our doors.

"Thank you for your help."

"Helpful and friendly staff. Very knowledgeable and easy to talk to."

"It was nice to know that my daughter was in good hands."

"Front line staff treats your loved one like they are the most important person they have ever done. The front line staff took care of my mother and my son. Even family members commented how well they ..."

"Everyone at Sticklin was easy to work with, flexible, and cared about making our experience what we wanted it to be."