After more than a century of service to Somerset County, Smart & Edwards Funeral Home in Skowhegan, Maine, continues to compassionately guide our friends and neighbors through a difficult time. We offer a range of funeral, cremation and burial services designed to help families find the perfect personal fit.

As an involved part of the community, Smart & Edwards Funeral Home serves families from Newport to New Sharon and beyond.

We begin by listening to you. Tell us about your loved one's lifelong hobby, dedication to a vocation or a distinguishing style, and we work to incorporate personalized elements to create a service that speaks to individuality. Whether you envision an outdoor-themed ceremony for the hillside adventurer who seemed to never leave the forest or a wine tasting in honor of a connoisseur, we specialize in beautifully fulfilling almost any final wish.

Traditional religious ceremonies and burial with military honors remain classic choices. Smart & Edwards Funeral Home offers cremation with optional interment of cremated remains as well. Choose to host a reunion for friends before the service or a private gathering of family afterward—and leave the catering to us.

Flexible reception space adapts to your needs, with fare featuring local favorites or your own family recipes. Let us handle the details, from flower arrangements to music selections, so you can spend more time with those who matter most.

We're here for you

Please contact Smart & Edwards Funeral Home if we may assist with funeral arrangements in Skowhegan or if you would simply like a tour of our interfaith chapel. We're here to answer your questions, day or night.

In 1865, Luther F. Edwards started Edwards Funeral Home in Madison, Maine, serving families there until his death in 1899. His son Bryce K. Edwards, whom everyone knew as B.K., was only 19 years old when his father died. He assumed operations of the funeral home immediately and continued until 1949, when his 3rd son, Granville “Gramps” T. Edwards, became the new owner.

In 1963, Granville’s son, Laton G. Edwards, joined the family trade. Eleven years later, the Edwards family took control of Lord Funeral Home in Skowhegan. Gramps and Laton served families in Madison together until Gramps’s retirement in 1982. In 1985, Laton G. Edwards became the new owner of the 2 funeral homes, running them until he retired to Waterville.

In late 1999, the funeral home in Madison was sold to Gregory Giberson, who renamed it Giberson Funeral Home.

In the 1880s, Thomas Lord opened a storefront funeral home in Skowhegan. He called it Lord & Caswell. Years later, the building burned, but Thomas opened a new storefront on Madison Avenue. Eventually, the funeral home became known as simply “Lord’s.” In the late 1930s, he purchased a house on Pleasant Street, where he opened Lord Funeral Home. He died in 1951, leaving the funeral business in the care of his son and daughter-in-law, Harold and Evelyn.

The Edwards family took control of the funeral home when Harold died, eventually renaming it Lord & Edwards, and then simply Edwards by the late 1970s.

The Pooler, Clay and Smart families

In 1930, Arlie Pooler started the Pooler Funeral Home at 261 Madison Ave. in Skowhegan, which was Grace Hobart’s property. In the mid-1940s, Wilbur Clay took control when Pooler retired, creating Clay Funeral Home, until it became Crosby & Neal Funeral Home in the 1940s. The funeral home changed hands again in 1954, when Nelson J. Smart purchased the property from Grace.

He renamed the business Nelson J. Smart Funeral Home. Nelson’s son took control in 1983 and operated the business for 13 years, until he retired. Consolidation in 1996 with other area funeral homes brought the closure of 2 locations and the new name of Smart & Edwards Funeral Home.

Today, Smart & Edwards Funeral Home provides memorable, personalized funeral and memorial services to Skowhegan and beyond. It is our honor to serve generations of Mainers with a century-long tradition of compassion. 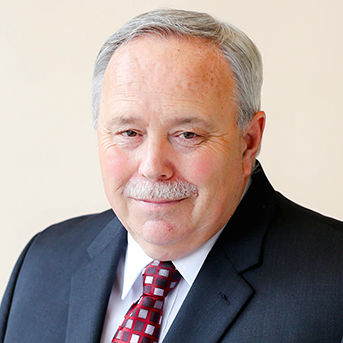