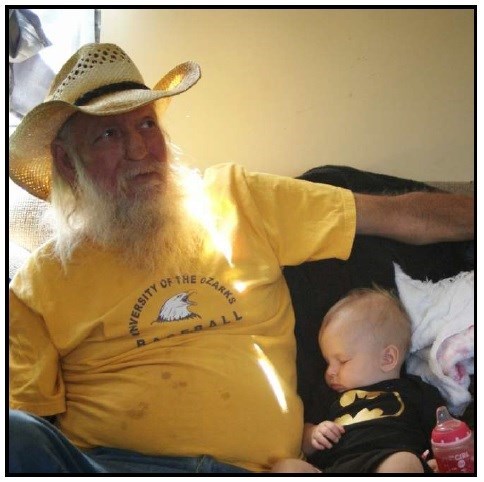 David Bundrick, 73, of Hughes Springs, Texas, passed on May 02, 2022. David was born on November 14, 1948, in Houston, Texas. He grew up in Houston in West End; by high school he was an accomplished athlete. He competed in Track and Field, on the Swim Team, on the Wrestling Team, and on the Football Team. At the age of 17, he joined the United States Army and soon after married his high school girlfriend, Peggy Lamb. While serving in the Army for his 3-year 9-month duration, he obtained his GED and Associates Degree in Anemology, he was attached to a special forces airborne unit and was awarded as a distinguished service member after many tours to Vietnam during the war and being discharged. After his discharge, Peggy and himself divorced and David later went on to a marriage of 50 years to Rebecca Elizabeth Bundrick. In his life following the military, he led a career of doing pest control and later worked as a machinist for a living while also being a volunteer firefighter. In his retirement years, he was an amazing father of four, and an even better grandfather to many; he gave hard life lessons, great wisdom, and much needed advice to all whether they wanted it or not. David was followed in life by his wife, Rebecca Bundrick; sons, Anthony Bundrick and Raymond Bundrick; daughters, Katherine Miracle and Melissa Baker; grandchildren: Jonathin Andrew Crowe, Alexandur Lee Crow, Cassandra Jane Bundrick, David Taylor Bundrick, Michael Floyd Allen, Shannon Rena Bundrick, Nicholas Baker, Nathaniel Baker, and Anastasia Baker; and great grandchildren: Arabella Jeanne Crowe, Bryson Lane Trayborn Casias, Joann Nicole Patty Casias, Charlee Elizabeth Crowe, Johnny Arthur Casias, and Malikai Andrew Crowe. A visitation for David will be held on Sunday, May 8th from 1:00 to 3:00pm in the North Chapel of Moore Funeral Home on Davis Drive, 1219 North Davis Drive, Arlington, Texas 76012. Fond memories and expressions of sympathy may be shared at www.moore-funeralhome.com for the Bundrick family.
See more See Less

In Memory Of David Bundrick