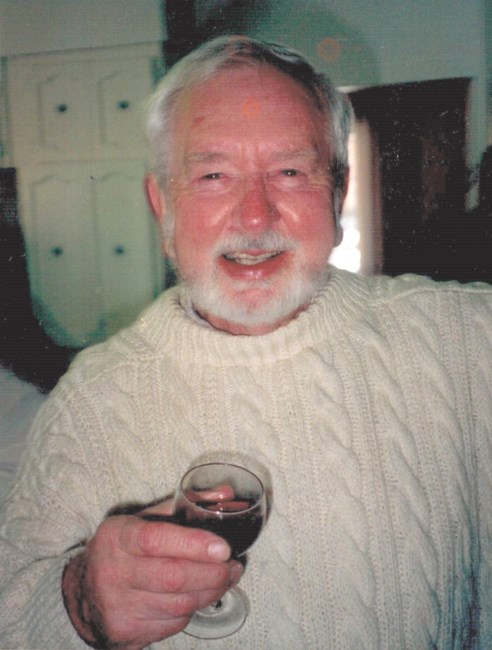 Bruce Alan Gibson, born June 30, 1929 in Wimbledon, England passed away in the early morning hours of May 7, 2022 at the age of 92. In Alan’s youth, as an evacuee, he spent time in Devon where he developed a love of gardening that stayed with him for his whole life. After the war, he was stationed in Germany as a Radar Operator for the Royal Air Force for 2 years. At age 28, Alan emigrated to Canada to pursue a career in financial services, and he was a lifelong employee of Royal Bank. It wasn’t much later that he returned to England to bring his love, Sylvia, home to Canada. Alan and Sylvia were married on December 19th, 1959 in Kitchener, ON. Their first son Brian came along, followed shortly afterwards by their daughter Susan. Eventually settling in Bramalea, Ontario, they welcomed Robert and Peter to make their family complete. Alan was a pillar of the community, and helped build Brampton strong as an Alderman for two terms. He was a strong supporter of the arts, and a co-founder of Peel Pantomime Players, often supporting both from behind the scenes and also on stage in many productions. Alan and Sylvia were fortunate to travel to many destinations, including Australia, New Zealand, China, Tunisia and an annual pilgrimage to Manzanillo, Mexico during their retirement years. He will be missed by friends and family alike, and leaves a legacy of love, family and generosity. Rest In Peace
See more See Less

In Memory Of Bruce Gibson