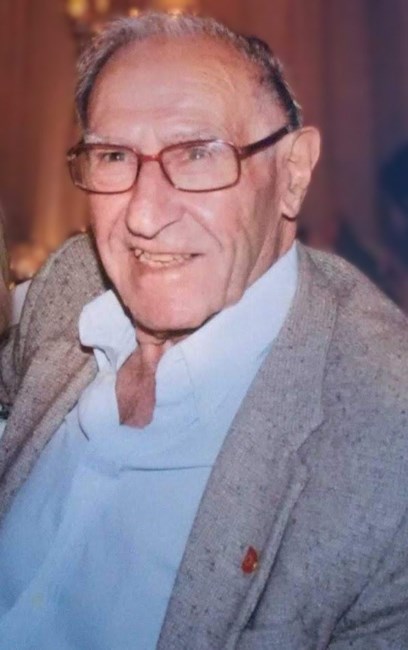 It is with great sadness and heavy hearts that we announce the passing of Charles Bifano on May 4th, 2022. He was born on October 27th, 1930 in Vancouver, BC. Charles was known as Uncle Chuck to all those who knew and loved him. He worked as a letter carrier for Canada Post before his early retirement due to his vision loss. Following his retirement Uncle Chuck continued to live a very simple and humble life, he enjoyed travelling by bus to downtown Vancouver, spending time at the Britannia Seniors Centre where he took computer classes and he spent many years as a member of the Swinging Singles of BC Square Dance Club. Charles was predeceased by his parents Paul and Isabella, as well as his siblings Ralph, Tony, Emma and Elsie also by his brother-in-law’s Joseph and Albert and sister-in-law’s Marion and Edna. He will be sorely missed by his loving brother Norman and his nieces and nephews who loved and adored him, Shelly (Dave), Jerry (Gina), Paul (Konstanze), Kim (Ed), Deanna (Garrett), 11 great nieces and nephews, 2 great-great nieces and 1 great-great nephew, along with extended family and friends. Uncle Chuck will always be remembered as a gentle and kind soul who always had a smile on his face. He put his family and friends above all else. A good man, who lived his life with honour, dignity and integrity. He was a treasure to all. There are not enough words to describe how important Uncle Chuck was to his family and what a strong influence he will continue to be. The simplest pleasures in life brought great joy to Uncle Chuck, he will be dearly missed by all who knew and loved him. In lieu of flowers, please consider a donation in Uncle Chuck’s memory to the Parkinson Society BC or CNIB BC. Visitation will be held from 6:00-8:00pm on Wednesday, May 11, 2022 at Bell & Burnaby Funeral Chapel, 4276 Hastings Street, Burnaby. Mass of Christian Burial will be celebrated at 11:00am on Thursday, May 12, 2022 at Holy Cross Parish, 1450 Delta Avenue, Burnaby. Entombment to follow at Ocean View Burial Park, South Mausoleum, 4000 Imperial Street, Burnaby.
See more See Less

In Memory Of Charles Pasqualino BIFANO