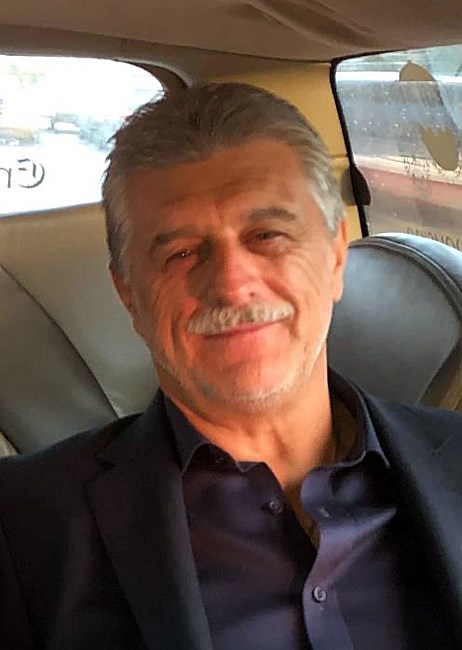 It is with heavy hearts that we announce the passing of our beloved Mijodrag (Mitch) Gordic on July 20, 2022 in Burnaby, British Columbia after a tough and courageous battle with cancer. Mitch was born on June 12, 1959 in Hrgud, Bosna & Hercegovina. He emigrated to Canada in the early 1980s and always remained proud of his Serbian upbringing and values. Smart and hardworking, Mitch built an amazing legacy and family. He married Clara (nee Buono) in 1986 and had four loving children. A wonderful husband, father and grandfather, actively involved in all of their lives. He cherished his grandchildren who brought so much joy to his life. Mitch was sincerely kind and funny, always helping others, someone you could lean on, and a true example of a gentleman. He was a giant of a man with a heart to match and will be missed by many. Mitch was preceded in death by his son Luka, sister Velenka, and parents Ljuban and Radojka. He is survived by his wife Clara, sons Stevan (Kayseen) and Milos (Chantel), and daughter Danica (Steven). As well as 7 grandchildren Gianluka, Luka, Milana, Mattias, George, Maksim, and Capri. Loving siblings Miladin (Yadranka), Milenka (Ranko) and Vaso (Veselka). Adored by his mother and father-in-law Pietro and Maria Buono, as well as brother-in-laws Alfonso (Francesca), Domenic (Suzy), and Gianni (Lisa), and numerous nieces and nephews from both Gordic and Buono families. We will miss him terribly but are comforted knowing that he has been reunited with son, Luka. The memorial services will be held at 10:00am Monday, August 8th at Forest Lawn Funeral Home (3789 Royal Oak Ave, Burnaby, BC V5G 3M1). Following the burial, a lunch will be held at 2:00pm at St. Archangel Michael Serbian Church Hall (7837 Canada Way, Burnaby, BC V3N 3K8).
See more See Less

In Memory Of Mr. Mijodrag Gordic