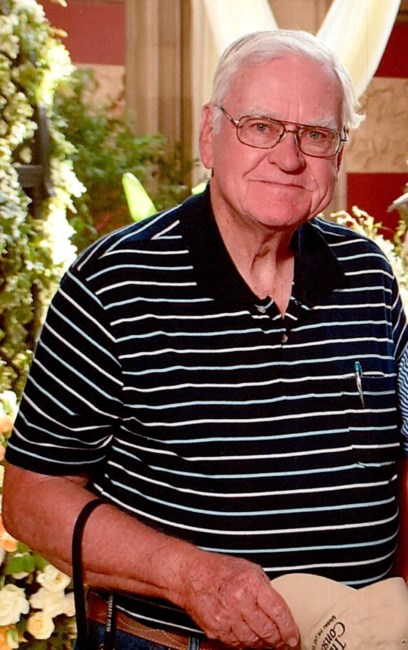 Clifford Harold Galley was born on September 25, 1933 in a birthing center in Hereford, TX. His parents were Walter and Martha Posey Galley. Clifford died May 3, 2022. He was preceded in death by his mother, father and sister. He attended Dawn Independent School for grades 1-7. He attended 8th grade at the West Texas Normal College in Canyon, TX; and graduated from Hereford High School in 1951. Cliff attended West Texas State College at Canyon, TX, receiving a Bachelor of Arts degree with a minor in Military Science. He served 2 years in the U.S. Army as a 1st lieutenant, mostly at Fort Sill, OK. After leaving the army he farmed 1 year near Summerfield, TX. He then purchased and operated the Hereford, TX Retail Credit Bureau. Cliff then became an All Lines licensed insurance claims adjuster, working at Cowan Claims Service in Amarillo, TX, as well as a staff adjuster for Trinity Universal Insurance Company and Farmers Insurance Group. He followed that by becoming a licensed All Lines Insurance Agent in Amarillo. He retired as a Staff Claims Specialist from Farmers Insurance Groups state office in Austin, TX. In retirement, he attained a 100 ton coast guard license and worked as a ship captain and tour guide for the Vanishing Texas River Cruise company in Burnet, TX. He also worked as a tour guide at Longhorn Caverns State Park. Cliff was married to Gayle Roberson, Prissy Crume and his greatest love, Malinda Kuhn. Cliff is survived by his loving wife, Malinda, one daughter, Kara Sue Kuhn, one grandchild, Kalee Kuhn, one niece, Xan Serocki and their families. Cliff counted a host of friends, including a special relationship with Jeremy and Julie Putman and their son, Alex, of Riverview Boat Store in Bellevue, Iowa, who named a Mississippi River tug boat in his honor.
See more See Less

In Memory Of CLIFFORD H GALLEY