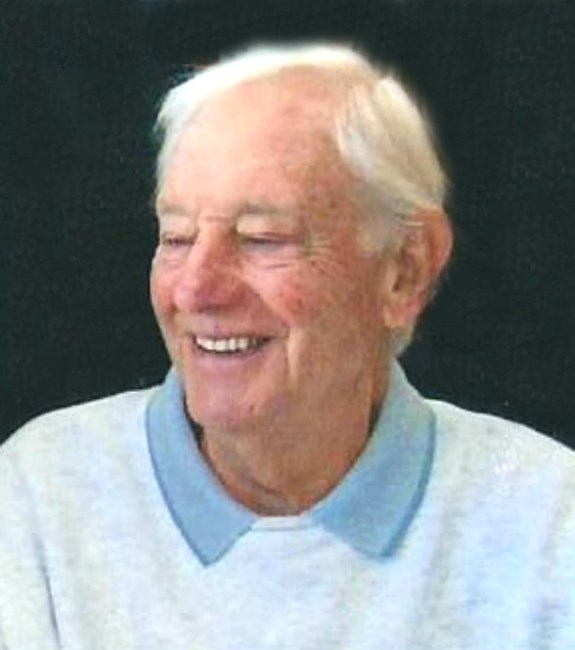 Louis S. Paris of Westwood, MA, entered into rest on Tuesday, October 16, 2018 at the age of 93. Devoted husband of 54 years to Elizabeth “Betty” (Stowe) Paris. Born on February 6, 1925 in Dorchester, MA to the late Celia (Levine) & Harry Paris. He is survived by stepdaughter Nancy Grant, granddaughter Elizabeth Buckley, nephew Ronnie Paris and wife Vickey, nieces, Gail Joniec and husband Tad, Sharyn Pasternack and husband Jay, and cousin Stanley Fishman. He is also survived by many great-grandchildren. He was predeceased by brothers Nathan Paris, Irving Paris, Henry Paris, and nephew David Paris. He was a World War II US Navy veteran having fought in the Pacific Theatre on the destroyer USS The Sullivans. He owned and operated United Industrial Cleaning Company. He was an avid and successful golf enthusiast, having been a member at the Framingham Country Club for many years, with a claim to fame of three holes in one! Services will be held at Stanetsky Memorial Chapel, 475 Washington Street, Canton, MA on Thursday, October 18th at 12 Noon. Burial with military honors will take place at 2:30PM at the Massachusetts National Cemetery in Bourne. Memo¬rial observance will be at the home of Gail & Tad Joniec on Thursday from 7-9PM. Expressions of sympathy in his memory may be donated to the Wounded Warrior Project, PO Box 758517, Topeka, Kansas 66675-8517 or a charitable organization of your choice.
See more See Less

In Memory Of Louis S. Paris