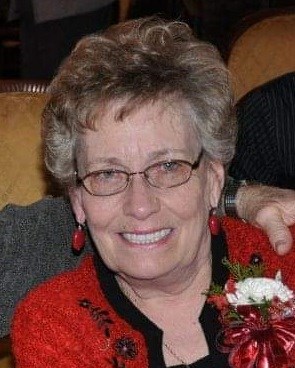 Sandy McCoy Renzenbrink, 82, passed away on September 23, 2022, after an extended illness. She is preceded in death by her parents, Anne and Earl McCoy, as well as her husband of 62 years, Charles (Chuck). She leaves behind 3 children, Cindy (Bob) Dengler, Shelly (Bob) Bess, and Scott (Kathy) Renzenbrink. She also leaves behind 5 grandchildren, and 10 great-grandchildren. Sandy spent many years with the Timken Company. She was a long-time resident of North Canton, and an avid fan of Hoover High School football and marching band, and a true Cleveland Browns and Ohio State football fan. She was a Lincoln High School graduate where she served as head majorette. Cremation has taken place, and while there will be no calling hours, a family dinner will be planned in the near future, to celebrate Sandy’s life. Donations may be made in her honor, to Alzheimer’s Foundation or Crossroads Hospice. Her warmth and wit, will be greatly missed.
See more See Less

In Memory Of Sandra Lou Renzenbrink