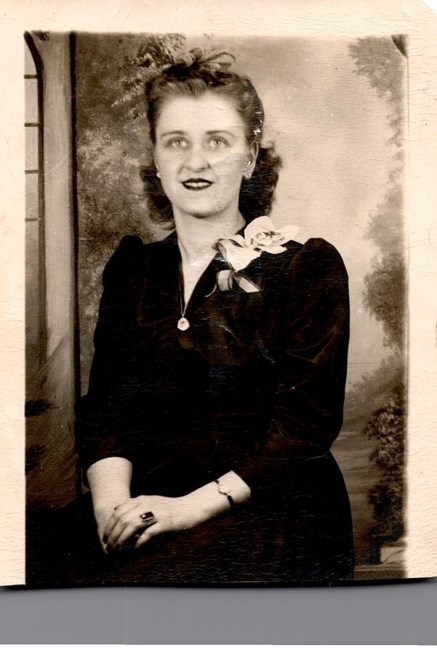 Mable Eunice Marshall Fink was born February 12, 1922 in Mosgrove, Pennsylvania to May Jane (Fox) Marshall and Bert Marshall. Mable was the youngest of 8 children with 5 brothers and 2 sisters and attended a one-room school house through the 8th grade. Mable married Raymond H. Fink on April 20, 1944 in Gohenville, Pennsylvania later than originally planned due to the onset of World War II. Mable and Raymond celebrated their 76th wedding anniversary together in April of 2020. Mable accompanied Raymond during their years in the Air Force and beyond across the country and around the world. It was always said that, for Mable, the best place in the world was where they were leaving and the worst place was wherever they were going. Nevertheless, she always went. Mable enjoyed cooking, reading, and all sweet things including babies, dogs, and chocolate. She also enjoyed one thing not so sweet and that was her love for coffee. No sugar, just a bit of cream. Mable Marshall Fink is survived by her son Raymond, daughters Judy and Joy, her grandchildren Tim, Jim, Amanda, Jill, and Ray and her great grandchildren Kayla, Lauryn, and Abigail.
See more See Less

In Memory Of Mable E. Fink