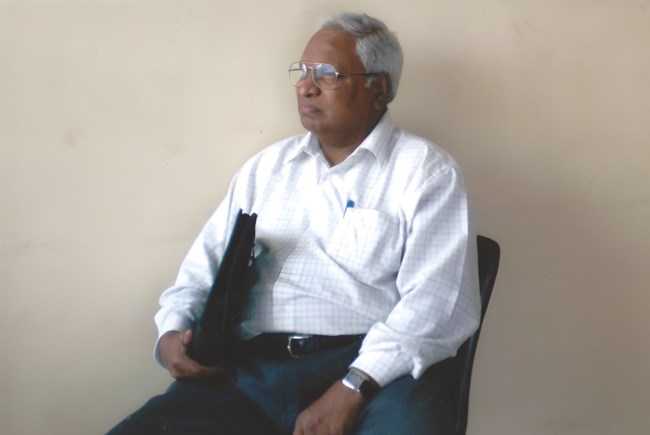 Jeriprolu Anand Chandra “JAC” Prabhakar walked into the presence of Jesus Christ on August 3rd, 2022 where he lives now for eternity. JAC was born to Dr. JB and Mary Williams on December 26th, 1942 in Guntur, Andhra Pradesh, India. He was a precocious child known for his intelligent pranks and antics. He attended Osmania University in Hyderabad earning a B.S. in Mining Engineering. In 1965, JAC immigrated to the United States to attend the Colorado School on Mines on a scholarship. There he earned an M.S. in Metallurgical Engineering and an M.S. in Mineral Economics. He worked for over 2 decades as a Mining and Metallurgical Engineer in the Energy and Mining industry. Inspired by opportunity available in the United States, he changed his career direction and became an education administrator specifically focused on computing vocations. He worked vigorously to ensure his students pursued opportunities they might not have otherwise been aware of. Many career success stories have been related to his mentorship. He married Maria Kapil on July 3rd, 1978. Immediately after marriage, he and Maria immersed themselves in street mission work, and they formally founded a charity that provides food, clothing, and shelter to the “untouchable” class in India. Eventually, in addition to basic provisions, their ministry would fund education for those in desperate need, allowing the recipients to pursue career paths moving them out of a life of poverty. By God’s grace, he and his wife were able to construct over 15 facilities for shelter, tutoring, and community outreach. JAC continued this work to the end of his life here on earth. JAC and Maria have a son and daughter-in-law, John and Kristol; and, through them, they have two grandsons, Gabriel and Micah. They shared a close relationship and were involved in the mission work together to the time of his homegoing.
See more See Less

In Memory Of JAC Prabhakar