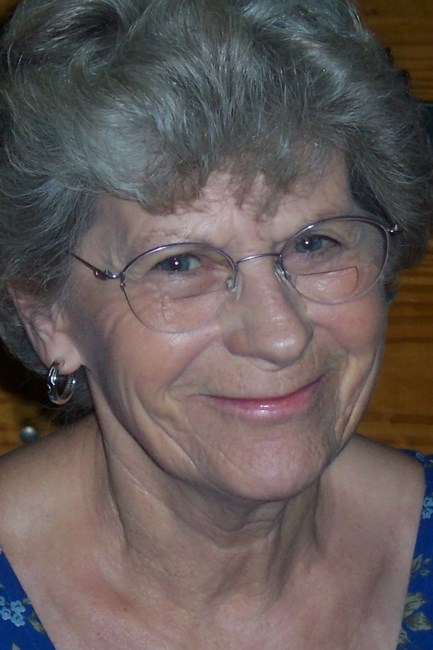 It is with great sadness that the family of Doreen Kirschnick Wills announces her passing. Surrounded by her family, Doreen passed peacefully on Wednesday, December 27, 2017, at her home in Charlottesville, Va. Doreen was born in London, England on January 4, 1933, and was only seven years old when she was evacuated from the city during World War II. Doreen arrived in the U.S. when she was 19 years old, newly married to an Air Force enlisted man, Fred Kirschnick. She later married Roy Wills, who passed in 1975. Doreen is survived by her five sons, Kim, Steve, David, Eric, and Matthew Kirschnick; as well as two daughters-in-law, Dana and Debra. Beloved grandchildren, Erin, Emma Jeanne, Kelsey, Masey, Brittany, Haley and McKenzie. Great-grandchildren, Emma Grace, Maggie, Jack, William, Bailey and Beckham. Doreen retired from UVA Medical Center in 1991 and Michie Tavern General Store in 2017 after 26 years. She loved to tell stories about the people from all over the world that she met in the General Store. Doreen also volunteered at The Senior Center of Charlottesville for ten years. She instilled an incredible work ethic in her sons and her strength and spirited nature are reflected in her granddaughters' character. She will be greatly missed by her family and many friends, and her quick wit and ice box cake will never be forgotten. After cremation, there will be a friends and family night at Teague Funeral Home, 2260 Ivy Road, on Friday, January 5, 2018, from 6 to 8 p.m. A celebration of Doreen's life will be held at St. John the Baptist Episcopal Church, 4708 Dicks Woods Road, on Saturday, January 6, 2018, at 1 p.m.; refreshments will be served in the Social Hall. In lieu of flowers, memorials may be made to The Senior Center of Charlottesville, Va.

In Memory Of Doreen Kirschnick Wills