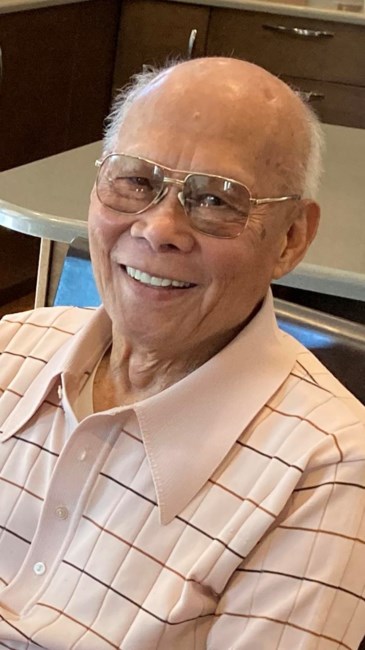 Aurelio B. Callejo, also known as Tony by friends and family, passed away peacefully on August 11, 2022, surrounded by family and love. Tony was an ambitious adventurer, world traveler, dedicated father, and devoted husband that always dreamed big for himself and his family. He grew up in a small village in the Philippines and lived through World War II, the Korean War and the Vietnam War. He enlisted, immigrated and served in the US Military for 23 years and transferred to the USA in 1970 pursuing the American dream. He earned an associates degree through the GI Bill, and retired twice: first after his Air Force career and secondly after a successful civilian career as a Computer Operations Manager for Current, Inc. located in Colorado Springs. Tony’s pursuit of a better life took him from his small Filipino village to Guam, then to Japan where he met his wife, Zenaida. They then moved to Hawaii when it was a US territory, had two sons, then moved back to Japan where they had their last son. After Japan, Tony and his family moved to Nebraska and finally, Colorado where they settled for 47 years. Tony enjoyed sports, especially fishing and bowling. He also loved gardening and caring for his lawn; his garden regularly produced bountiful fruits and vegetables and neighbors admired his neatly trimmed, bonsai-sculpted bushes. Tony and his wife were barbecue masters; using their own secret marinade, Tony’s barbecue was always the first dish emptied at group picnics or potlucks. His upbringing made him very handy and skilled at building all sorts of things, and he could make knots in rope that would perplex even the most skilled Eagle scouts. Tony instilled in his three children the values of education, hard work, perseverance, accountability and responsibility. Tony’s greatest joy was seeing his sons excel; he was very proud that he and his wife provided their children with college educations, thereby setting them up for successful careers. Tony was a devoted, loving husband for 63 years; even as he aged into his 90s, he continued to care for, look after and provide for his wife every day, never leaving her side. Though Tony was a relatively quiet, humble and private man, he possessed an infectious bright smile coupled with a sense of humor that always warmed the hearts of those around him; his shine will never be forgotten. Tony is survived by his wife, Zenaida, his sons Edward, Gerald and Leonard, daughter in-law Deanne, son-in-law Michael and grandchildren Nicole, Kristie Elliott (Conner), Sara Schultz (Clayton) and Chandler.
See more See Less

In Memory Of Aurelio Bactista Callejo