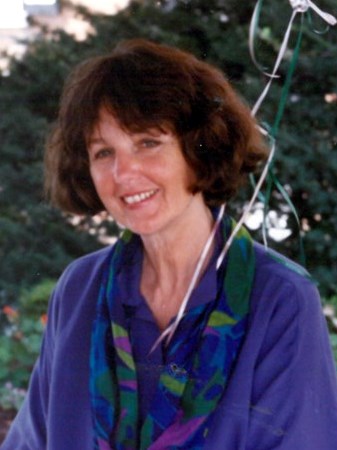 Joan Elaine Ferguson was born to Joseph Calvin and Magdalene Evelyn Hammer (Cal and Evelyn) on July 15th 1933, in Dayton, Kentucky. Joan met her husband Joe Ferguson and married in 1959. The couple lived for many years in Mariemont and raised their two children, Lisa and Julie. They later moved to Lebanon, Ohio and also spent much time in Florida. While raising her family, Joan attended college at the University of Cincinnati where she obtained Bachelor’s and Master’s degrees in Elementary Education. She worked for the Goshen and Mariemont school districts for many years as a first grade teacher. Joan adored her students and fondly took their calls in the summertime as students would regularly call the house to touch base with her. Joan was awarded a teaching honor which took her to London, England and Paris, France. Joan’s most cherished time was spent with her family, in particular with her grandchildren. Joan was very involved with her children’s lives as well as her church, Pleasant Ridge Presbyterian. Joan loved organizing the antiques sold at the holiday church bazaar for many years and was a devoted Stephen Minister. Joan loved to play tennis and became a fitness advocate for life, attending the YMCA in Lebanon daily with Joe, well into her 70’s . Joan will be remembered as a vibrant, happy soul with a love for music, singing and dancing. In her later years, she received loving care from many people, including St. Leonard Day Away and Kingston of Miamisburg, and she enjoyed friendships, music and dancing in these care settings each day. Joan passed peacefully to heaven on September 14th 2022. She joins her mother and father, along with sisters, Anna Ruth Murphy (Jack) and Mona Rose Fleisch (Gene), along with brother Daniel Earl Hammer (Nancy) and brother James Calvin Hammer. Joan is survived by her husband, Joe Ferguson, their two daughters. Lisa Balster and her husband Pat who reside in Centerville, Ohio and their children Sarah, Jacob, and Ben, Julie Ferguson, and her husband Brian Schuetz who reside in Loveland, Colorado and their children, Macy and Bo. Joan is also survived by sister Carol Wagner, and husband Cliff, of Ft. Mitchell, Kentucky and many nieces, nephews and loved ones. A Visitation will be held from 1-3pm, Monday, September 19, 2022 at Tobias Funeral Home, Far Hills. The Funeral Service will begin at 3pm. Joan will be laid to rest at Pleasant Ridge Presbyterian Church Cemetery in Cincinnati, Ohio. Memorial contributions can be made to the Alzheimer’s Association, the Healing Pathways Children’s grief program at Pathways of Hope: Ohio’s Hospice, or a charity of your choice.
See more See Less

In Memory Of Joan E Ferguson