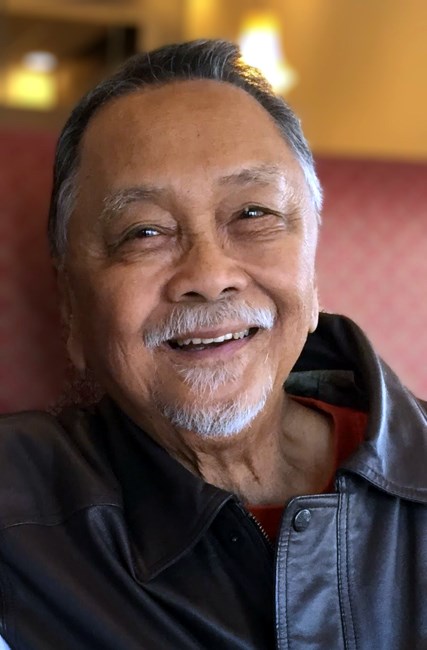 Albert Michael Esteban, age 87, of Lillington, passed away Monday, January 23, 2023 at his home. Mr. Esteban was born May 2, 1935 in Lihue, Kauai, Hawaii the son of the late Constantino Esteban and Cesaria Paradero. He is preceded in death by his brothers, Jimmy Esteban, George Esteban, William Esteban, and Joseph Bautista, and sisters, Juanita Dela Cruz and Madeline Dela Cruz. Albert was a career Military Man serving in the U.S. Army for over 20 years. He served overseas in Korea 1951, Okinawa 1960, Taiwan 1962, Malaysia/Burma and Vietnam 1963, Japan and Philippines 1964, and Thailand 1966. He spoke several foreign languages including Japanese, Korean, French, Thai, Vietnamese, Filipino and Chinese. He was an Airborne School Instructor from 1952-1956 and Special Forces from 1957 – 1974. He was on the All Army Rifle and Pistol Team from 1960–1972, and in the 2600 Club in NRA Pistol Competition. He retired with the Rank – Master Sergeant E-8. During his Service Career he received many Medals and Accommodations. He had a Bachelor’s Degree in Business, Criminal Justice and Political Science. A Master’s Degree in Pressure Point Therapy and Acupuncture and a PhD in Naturopathic Medical Science. He played in the movies: Jumping Jacks, Phoenix City Story, Airborne Soldier, Noble House, and Collision Course. He is survived by: His Wife: Darlene F. Esteban of the home. Children: Lisa Paulson & (husband) Bill; Darryl Esteban & (wife) Valerie; Cherryl Knight & (husband) Joey; Juanita Holland & (husband) Patrick; Tiana Dunn & (husband) Chris; Steven Hardee & (wife) Malinda; and 16 Grandchildren and numerous Great Grandchildren, nieces, and nephews. Brothers: Alfred Esteban, Earnest Esteban, and David Esteban The family will receive friends Thursday Evening, January 26, 2023 from 5:00 pm – 7:00 pm at Cromartie Miller Funeral Home in Dunn, NC. A Funeral Service will be held Friday, January 27, 2023 at 12:00 Noon at Cromartie Miller Funeral Home Chapel. Burial will be in Sandhills State Veterans Cemetery on Friday, February 3, at 12:00 Noon. A Service of Cromartie Miller Funeral Home of Dunn NC
See more See Less

In Memory Of Albert Michael Esteban