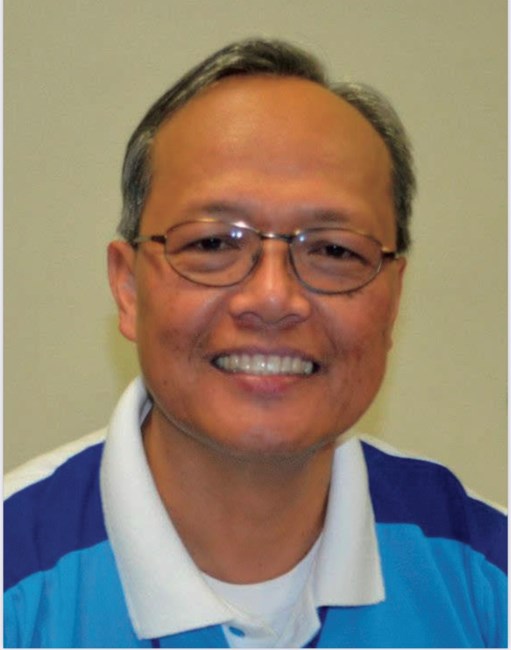 On Wednesday, July 27, 2022, Jesus Aquino, loving husband and father of three children and four grandchildren passed away at the age of 66. Jesus was born on March 30, 1956 in Kabacan, Mindanao, Philippines to Victorio Aquino and Flora (Ragonton) Aquino. He was the youngest of five children: Jose, Rolando, Letticia, Melchora and Silvina. He received his Electrical Engineering degree from National University in Manila, Philippines where he met his wife. On October 22, 1983 he married Evaline (Pambid) Aquino. He had three children: Eva Angelica (Aquino) Tamayo, Jess Joshua Aquino, and Aaron Joseph Aquino. He worked briefly in Malaysia before he moved to Bahrain in 1983 where he raised his young family. He attended the Christian Life Program in 1994 and was one of the first graduates of Couples for Christ in the Middle East. In 1996 he moved to Edmonton, AB to secure a better future for his family. After ten years of various contract work around BC and Alberta, he found his work family with Sherritt International where he acquired his Journeyman Certificate in Instrumentation Technology. He recently retired in March of this year. Jesus (known as “Kits” by his family, “Jesse” by his work family, and “Bro Jess” by his church family) loved music. From Karaoke to singing in various church choirs (sometimes in two choirs every Sunday) Jesus was never far from a guitar in his hands and a song on his lips. Kits always held his family close to his heart and would often be the first to reach out to cousins who he had not spoken with for a while. Jesse was a man of order, keeping detailed documentation of daily work checklists. Bro Jess was a man of few words, an easy smile and an unforgettable voice. Jesus was preceded in death by his father Victorio, mother Flora, two brothers Jose and Rolando, and two sisters Melchora and Silvina. He is survived by his wife Evaline, his three children, four grandchildren, his sister Letticia, and several cousins, nieces, and nephews. A Prayer Vigil will be held on Friday, August 5, 2022 at 7:00 pm at Memories Funeral Home 13403 St. Albert Trail Edmonton, Alberta. A Mass of Christian Burial will be celebrated at St. Charles Catholic Church 17511 112 Street Edmonton, Alberta at 11:00 am with Reverend Marc Cramer officiating with a graveside service to follow at Holy Cross Cemetery.
See more See Less

In Memory Of Jesus Ragonton Aquino