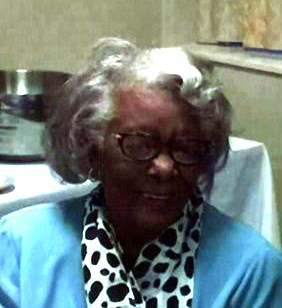 Estella Melissa Hardman was born to the late Eugene and Bevie Gillon on June 5, 1927 in Grenada County, Mississippi. Mrs. Hardman accepted Christ at an early age. She started off as a Methodist in Mississippi, moving to Chicago, being a prayerful member of Calvary Church on the West side of Chicago, Illinois. She was united in holy matrimony to Sam D. Hardman, who preceded her in death. Five children were born to this union: Bevie (John) Williams, the late Martha Plaxico, Sam Hardman Jr., Yvonne (Anthony) Cole and Ralph Hardman. Estella worked as a certified nurse's aide for the majority of her career. She also performed duties as a seamstress. On the morning of September 15, 2022 the Queen went to be with the King. She also leaves to mourn her grandchildren: Antoine, Jimmy, Reginald (Mary), Philip, John Jr., Elloyce (Quincy) and Melanie (Wade); great grandchildren: Brianna, Alessandra, La Keya, Zaneice, Kyron, Miracle, Walter, Samuel, Jasmine, Ursean, Ayana, Olivia, Evan, Alyssa, James, Xavier and Zachary; and one great great grandchild, Paris; sister- Lula Carter and brother- James Earl (Gloria) Gillon. Preceding her in death was one brother, Ulysses (Rosie) Gillon, three sisters: Mattie (Ellis) Carter, Mary Ellen (Randolph) Mullins, Jane Ethel Collins: many cousins and friends. Mrs. Hardman was quite satisfied watching her religious programs daily. She enjoyed catalog shopping which occupied some of her time. She was very independent and took pride in caring for herself. Before her declining health, Mrs Hardman enjoyed traveling with friends and attending church. A visitation for Estella will be held Wednesday, September 21, 2022 from 4:00 PM to 7:00 PM at Woodlawn Funeral Home, 7750 West Cermak Road, Forest Park, Illinois 60130. A visitation will occur Thursday, September 22, 2022 from 10:00 AM to 11:00 AM, 7750 West Cermak Road, Forest Park, Illinois 60130. A funeral service will occur Thursday, September 22, 2022 at 11:00 AM, 7750 West Cermak Road, Forest Park, Illinois 60130. A graveside service will occur Thursday, September 22 at Woodlawn Memorial Park, 7750 West Cermak Road, Forest Park, Illinois 60130. Fond memories and expressions of sympathy may be shared at www.woodlawnchicago.com for the Hardman family.
See more See Less

In Memory Of Estella Hardman