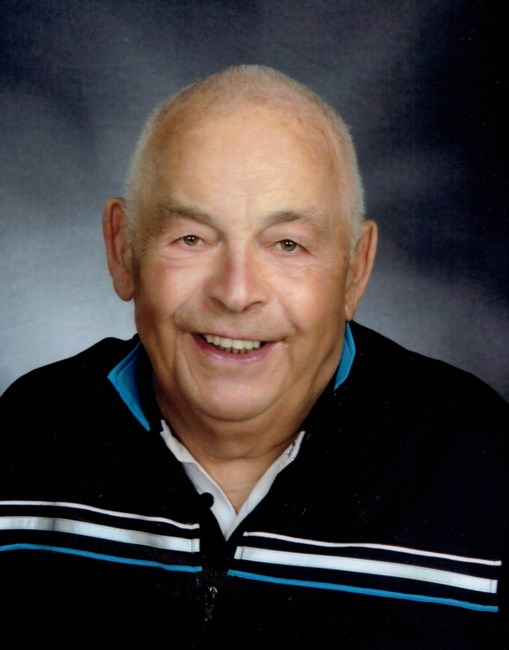 Ted Corrigan, 88, of Riverview, NB and formerly of Emo, ON; passed away at The Moncton Hospital in Moncton, NB on Monday, November 8, 2021. Born in Emo, ON. he was the son of the late George E. and Claire (West) Corrigan. Ted and his late wife Jean purchased the Fairway Grocery Store in Emo. Prior to the purchase of the store Ted worked as a car salesman and following the sale of Fairway, he ran a consignment business selling second hand cars, boats and RV's. He also worked part time for the Fort Frances Times selling advertising. Active in his community of Emo and following his retirement he volunteered in fund raising. Selling tickets for the local Lions Club, Legion and Fair Board. He was honoured with the 2015 Senior of the Year Award for his volunteer work. He also had many family adventures camping across Canada and the US. He loved outdoors activity including golfing, hunting and fishing at the lake. In 2015 after travelling to Panama City Beach Florida he met his partner Sharon. In 2017 he decided to move and call Moncton his new home. Once he settled he continued to play golf and was a member the Moncton Golf and Country Club where he enjoyed playing with his newfound golfing buddies. Ted was a loving, kind and generous man, who loved his family and friends. He will be forever missed by his partner Sharon McKay; his daughters; Kay Redford of Emo, On. and Marlena Gaune of Fort Frances, On; his four grandchildren who he was so proud of Turner, Morgan and Maddysan Redford and Lori-Marie Gaune; he is also survived by his brother-in-law Lorne Ogden of BC and sisters-in-law Thelma Ogden and Pat Ogden of the Emo area; as well as several nieces and nephews. Besides his parents, he was predeceased by his 1st wife Jean (Ogden) Corrigan, one sister, Aileen Rudd and two brothers Gilbert "Gib" and Ken Corrigan. Ted was the last surviving member of his immediate family. A celebration of life will be held on Saturday, July 30, 2022 at 11 a.m. at the Emo Christian Reformed Church in Emo, Ontario. Donations in Ted's memory made to the charity of the donor's choice would be appreciated.
See more See Less