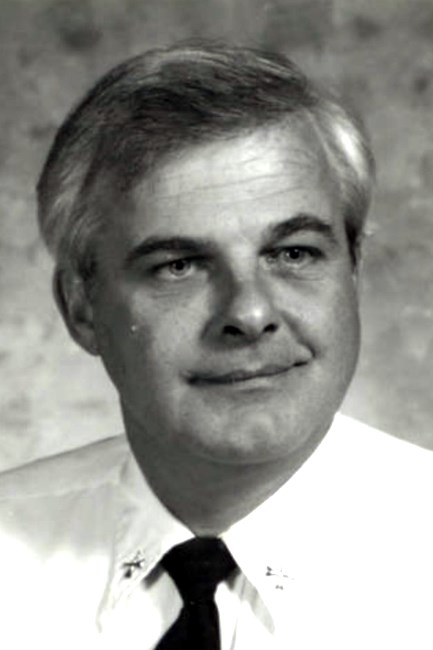 Alan H. Such, 83, passed away on Sunday, August 7, 2022, at Coventry Meadows Nursing Home in Fort Wayne, Indiana. He was born June 13, 1939 in Fort Wayne, to the late Howard and Ericka Such. Alan attended Concordia High School for 3 years and graduated from South Side High School in 1958. He was a U.S. Navy Veteran who entered into service in 1958, serving aboard the USS Saratoga. Alan was a dedicated Fort Wayne Fireman for 35 years and spent much of his career as a District Chief, retiring in 1998. He was the Co-Founder and President of Pyro Fire Inc. for 12 years. His company designed and executed fireworks displays throughout Northern Indiana, including area lakes, country clubs, and the Fort Wayne annual 4th of July and 3 Rivers Festival shows. Alan was also the Co-Owner and President of AS & L Transportation since 2000, who managed voting machines for Allen County. He loved history and attending his grandchildren’s sporting events. His memberships included Am Vets and the Firefighters Union. He is survived by his loving wife of 57 years, SuAnn D. Such of Fort Wayne, IN; daughters, Christine (Christopher) Derheimer of Fort Wayne, IN, Carrie (Gil) Farley of Sarasota, FL; brother Ronald W. (Sue) Such of Camden, ME; sister, Cheryl Miser of Fort Worth, TX; grandchildren, Adrian Farley, Bailey (Philip) Balderston, Grant Farley, and Shay Farley. In a private family ceremony, Alan will be entombed at Covington Memorial Gardens, Fort Wayne. Arrangements by D.O. McComb & Sons Covington Knolls Funeral Home, 8325 Covington Road, Fort Wayne. Memorial donations in his honor may be directed to the Fort Wayne Firefighters Museum. Fond memories and expressions of sympathy for Alan's family may be shared at www.McCombandSons.com.
See more See Less

In Memory Of Alan H. Such