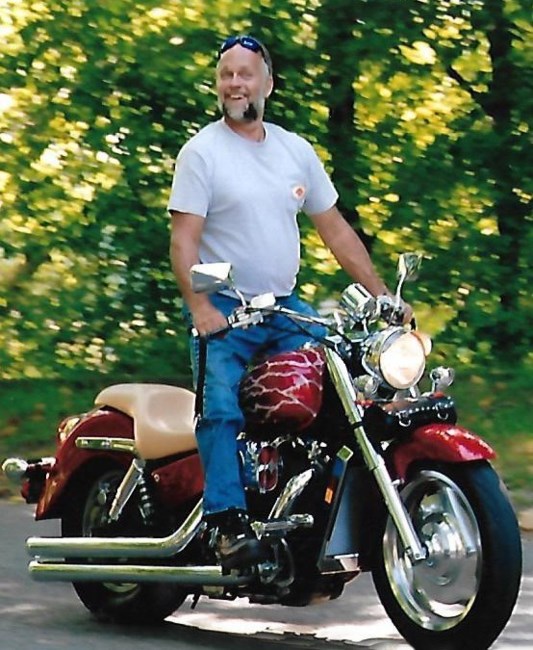 Michael Jay Kensill, 66, passed away Wednesday, July 27, 2022 at his home in Fort Wayne, IN. He was born May 3, 1956 in Fort Wayne, IN, to the late Robert Jack and Marilyn Louise Kensill. Michael graduated from Northrop High School in 1974. He worked at BF Goodrich in quality control with over 22 years of service and was the Co-Owner of Cedar Shore Marina with his brothers. He loved to ride his motorcycle and enjoyed fishing. Michael is survived by his children, Andrew ( Amy) Schmitz, Brooke (Eric) Todd both of Fort Wayne, IN; siblings, Karen Kinsey, of Fort Wayne, IN: Charlie Kensill of Port Charlotte, FL; Suzy (Dan) Porter of Rome City, IN; grandchildren, Dylan, Oliver, Elyse, Elliot, Brynn, nephews Chris (Cathy) Grant, Rochester, IN; Kevin Mills of Fort Wayne, IN; Joe Grant of Kendallville IN; niece, Michelle Deaton of Wawaka, IN. He was preceded in death by his, brother Robert Jack Kensill II, parents, grandparents, Charles and Mabel Kensill and Eddie and Dorothy Barker. Private funeral service will be held at a later date. Arrangements by D.O. McComb and Sons Lakeside Park Funeral Home 1140 Lake Ave. Fort Wayne, IN. Memorials may be made to the Diabetes Foundation or Cancer Services of NE Indiana. To sign the online guestbook go to www.mccombandsons.com
See more See Less

In Memory Of Michael Jay Kensill