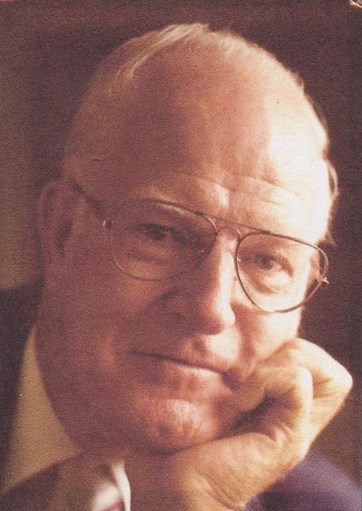 Calvin Coolidge Krous August 28, 1923 - July 28, 2022 Calvin passed away peacefully at home at the age of 98 surrounded by his family. Calvin was born in Litchfield Nebraska to Otto Krous and Lennie Emily (White) Krous. He grew up and was farming when Uncle Sam called....went to the Army in 1942. After WWII he came home and married the love of his life, Edwinna Bell Burson on April 8, 1956 in Loop City, Nebraska. Calvin and Edwinna moved to Palisade Colorado to work in the orchards picking fruit. He also worked on the railroad, a ditch rider and help install the power lines on the Grand Mesa, and retired from St Mary's Hospital in Grand Junction as a boiler fireman. Calvin was a man of many talents. He was preceded in death by his parents, 5 sisters and 4 brothers, infant daughter Kathy and loving wife Edwinna. He is survived by son Ed Krous and wife Jane from Colorado Springs, Colorado; daughters Ella VanHoozer and husband Dwayne form Bossier City, Louisiana and Carol LaBrenz and husband Mike of Grand Junction, Colorado. Calvin also leaves behind 7 grandchildren, 7 great-grandchildren and 1 more on the way. Calvin will be missed greatly for his smile and laughter. A Military Honors Service will be held at Memorial Gardens Cemetery, 2970 North Avenue, Grand Junction, Colorado at 10:00 am on August 10, 2022. Fond memories and expressions of sympathy may be shared at www.MartinMortuary.com for the Krous family.
See more See Less